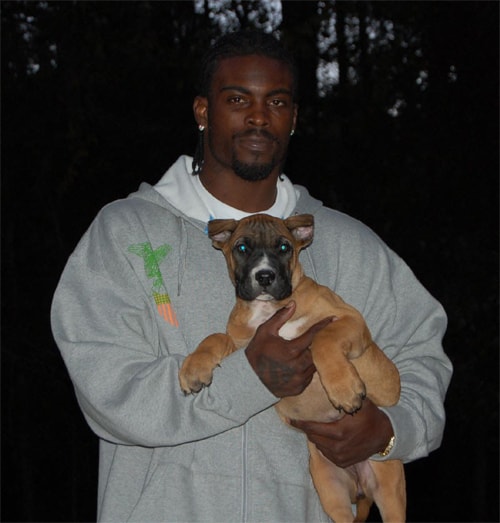 Bringing up Michael Vick in conversation can prove to be controversial, as many hold different opinions of this man.  Some feel that he is a cruel, sadistic psychopath who may have antisocial personality disorder, characterized by a lack of empathy and remorse, and that he should remain locked up and never allowed near another animal again.  Others believe that what he did was vile, but that people deserve second chances, especially when they are regretful and willing to learn how to do better.  You may not be pleased to see his name in the papers, but this time it is for a positive reason:  he is taking dog training classes.

In October Vick announced that yes, the rumors were true – his family has a dog.  His probation expired over summer, and he was legally entitled to have pets again.  Many worried that his newest dog would fall victim to the same fate as his others – abused, tortured, forced to fight, and killed.  But it seems that Vick is on a steady path, and turning his life around when it comes to animals. 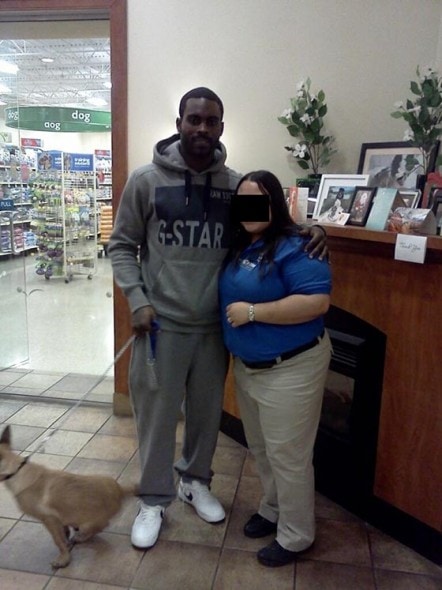 “I understand the strong emotions by some people about our family’s decision to care for a pet,” Vick said in a statement.  “As a father, it is important to make sure my children develop a healthy relationship with animals.  I want to ensure that my children establish a loving bond and treat all of God’s creatures with kindness and respect.  Our pet is well cared for and loved as a member of our family.  This is an opportunity to break the cycle.  To that end, I will continue to honor my commitment to animal welfare and be an instrument of positive change.”

Dog abuse is often the result of being exposed to animal abuse and not learning to care and have empathy for animals at a young age.

Vick and his family are on board to take positive dog training classes at a New Jersey PetSmart for their Belgian Malinois named Angel.  Some might feel the Vicks are colluding with PetSmart for a publicity stunt, but it is questionable that the retailer would choose to be linked to a former dog-abuser for anything less than good reason.

We are not promoting Michael Vick in the sense that we are encouraging people to earn him money and give him dogs. This is a news article, and it is stated within the story that it is known that he is a controversial subject. We of course are adamantly against dog abuse, but with therapy and positive training, many abusers can learn to see animals in a different light. When they learn to change their ways, they pass their learning on to new generations. Learning to love animals and treat them well is what is being encouraged. Anyone who looks up to athletes like Michael Vick can take from this story that it is not acceptable to abuse animals, that there are repercussions for such behaviors, and that changing those behaviors to positive and healthy ones are what earns rewards.