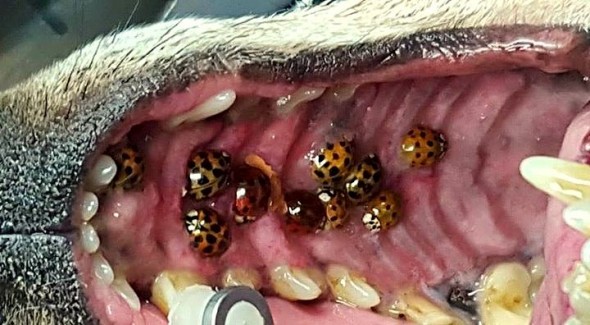 Over the past few days, many people have been sharing this photo of the inside of a dog’s mouth covered in what look like ladybugs, with a warning that they will embed themselves to the roof of your dog’s mouth, and that dogs will have sudden horrid breath and be drooling for seemingly no reason.  But not to fear – the chances of this happening are next to nothing.

As usual, Snopes has been very helpful in shedding some light on the matter:  in 2008, an article was published in the journal Toxicon discussing a medical case involving a dog whose mouth had become infested with Asian Lady Beetles.  The abstract of the article says: 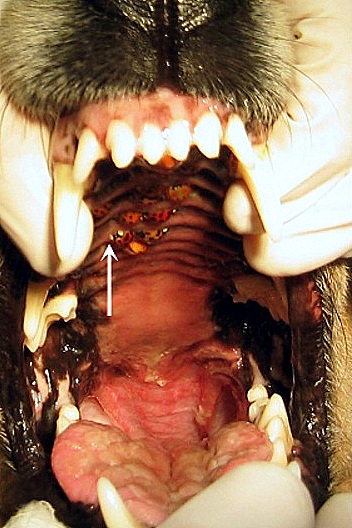 A six-year old mixed-breed dog presented with severe trauma to the oral mucosa suggestive of chemical burn. Sixteen Harmonia axyridis (Coccinellidae) were removed from the oral cavity, which revealed trauma consistent with chemical burn. The beetles had become embedded in mucosa covering the hard palate and required manual removal. A diagnosis of beetle induced chemical burn was warranted and consistent with the nature of the chemical constituents of H. axyridis hemolymph.

Some of the Facebook posts floating around state that the insects are ladybugs, and others are calling them Asian beetles or Asian lady beetles.  Though there are minor differences, these are virtually the same insect.  According to the paper, they had “become embedded” in the mucous membrane, but many Facebook posts suggest that they purposely embedded themselves in the dog’s mouth. 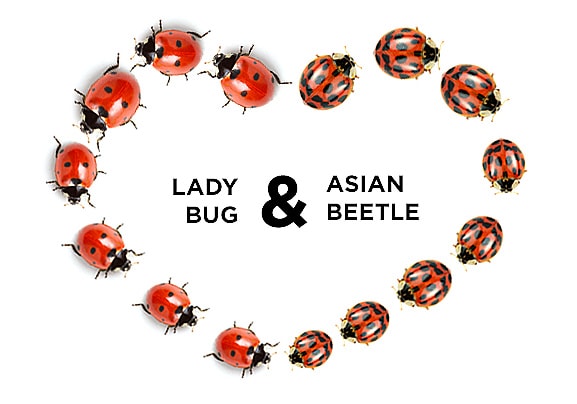 This is not typical of ladybugs.  Without purchasing the article to find out exactly what occurred, there seem to be no other details indicating how the dog came to have these ladybugs or Asian beetles in its mouth.

However, ladybugs eat aphids, not dogs, so the likelihood of this happening is very slim.  The fact that you never even heard of such a thing until now is a pretty good indicator of how remote the chances are of this happening.  But it’s always wise to make sure your dogs aren’t eating anything outside that they’re not supposed to.  (Though a little lush grass now and then isn’t going to kill them.)