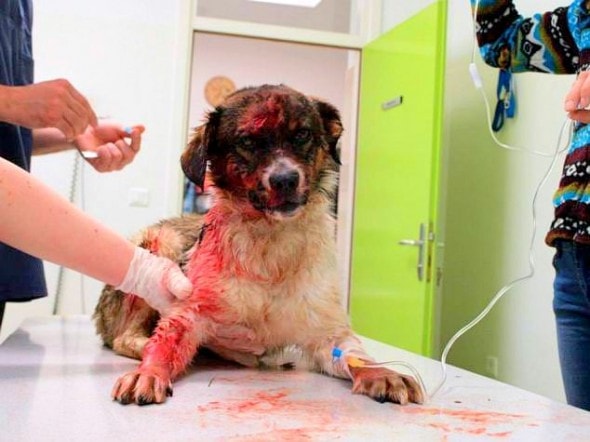 A dog in Croatia was plucked from an icy river by a heroic fisherman and his son after surviving the shotgun blast issued by the hitman hired by his former owner.  The dog, being called Lucky, is expected to completely recover and be put up for adoption.

Pawel Brodzky was out angling with his son near the village of Orehovec when he spotted something else worth catching – a dog on the brink of death.

“He was floating like a log past us and suddenly his front leg moved like he was waving at us,” Brodzky explained.  “We pulled the poor creature from the water and took him to an animal shelter, where he was said to be in poor shape but strong enough to survive.” 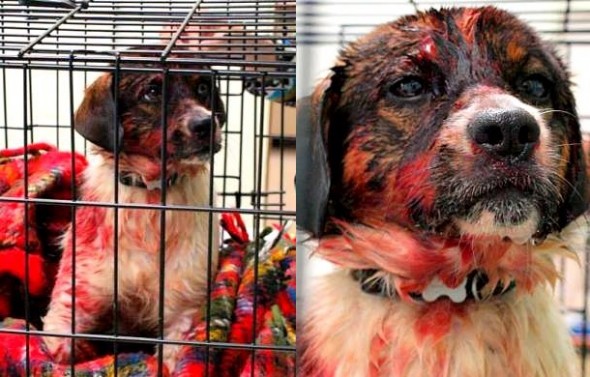 Brodzky also saw the man who threw the dog into the Drava river – a hunter busy putting his gun back in his car – and wrote down the car’s registration.

It was discovered that the hunter had been paid a measly $7 to end Lucky’s life.  The dog, formerly called Olly, belonged to someone who, for reasons unknown, was told it would cost him $50 to have the dog euthanized.  Deciding that was too much, they paid a hitman to shoot him and throw his body into a river.

According to animal welfare workers, the huntsman is believed to have shot a number of dogs for the same reason, and faces a year in jail for animal cruelty.

Lucky needed surgery on wounds to his head and leg, but is expected to fully recover in two months’ time.  A number of people are already clamoring to adopt him and make sure he never suffers again.