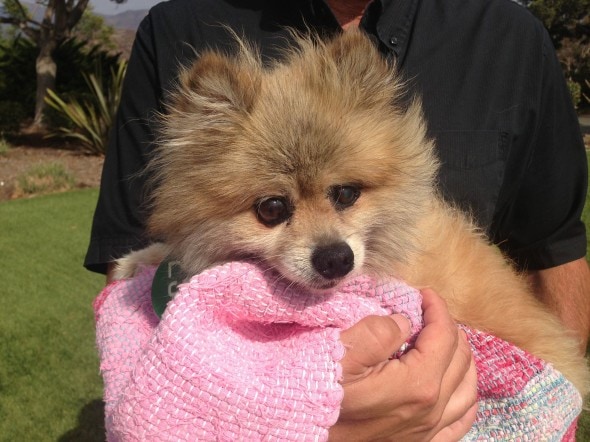 Koda went missing from his Arkansas family’s home two months ago. Last night they were reunited after Koda was found earlier this month in California.

On August 8th a Good Samaritan found the Pomeranian and took him to a San Diego shelter. Once at the shelter Koda was scanned and his microchip revealed that he was all the way from Arkansas.

Koda had disappeared from his family’s backyard on May 25th. His family  had been looking for him ever since, but were surprised when they received a phone call that Koda had been found all the way in California.

No one is sure how Koda ended up all the way in San Diego, but thanks to the Foundation for the Care of Indigent Animals he is home. The San Diego nonprofit covered the cost of flying Koda back to Arkansas to be reunited with his family.