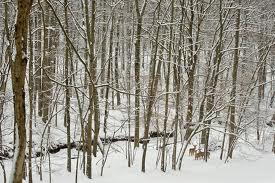 Once again a dog proves his love for his little human.  On Monday a 3 year old boy from South Dakota went missing from his home for about an hour before he was found in the woods near his home being protected by his large brown pit bull.  The boy was playing in his backyard with his canine sidekick and wandered a little too far into the hills and got lost.

Upon discovering her son was gone his panicked mother called police who responded immediately.  “We took off on a dead run until we found him,” said Custer County Sheriff Rick Wheeler.  But when they found him they could not get near him as his beloved dog stood guard until the boys father appeared. “He was showing me that this was not my area,” said Wheeler. “I know that look.”

The pair were found about a quarter mile from home and it was unclear whether the boy was following the dog or the other way around.  “I think it was a joint venture,” Wheeler said with a chuckle.  Both were safe and unharmed but the toddler was taken to hospital for a check up as a precaution.  Fortunately there was some snow on the ground which made it a little easier to determine what direction they had gone.

The boys parents, who do not wish to be identified, are grateful to the dog and the police and volunteers who helped in the search.  The boy was mostly curious and excited about all the mayhem and emergency vehicles surrounding his home when they brought him back.