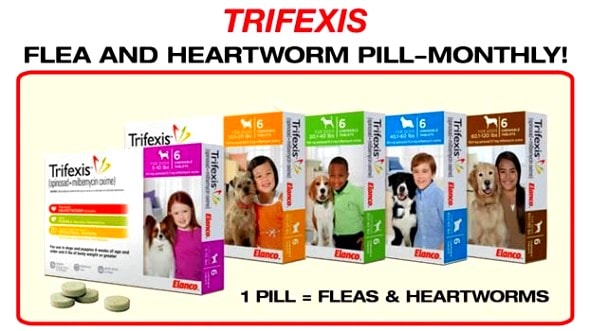 Since the FDA’s data on dog deaths caused by Trifexis started being reported eight months ago, complaints have risen nearly 40 percent – about one per day.  There has been no conclusive evidence that the popular heartworm and flea medication is the cause, but owners say it couldn’t have been anything else.

Atlanta-based consumer reporter Jim Strickland has been heading up an investigation on the claims for the better part of a year, speaking to bereaved owners who lay the blame with Trifexis.

Beth Timms said all it took was one dose of Trifexis for her 12-year-old mixed breed, Gizmo, to become lethargic, suffer seizures and have his temperature skyrocket to 106 degrees.

“We had to let her go. We had to have her put her to sleep. I killed my dog,” she said. “It’s like a piece of your heart is being torn out.”

She emailed Strickland, who began doing research on the matter. He came across the Facebook page Trifexis Kills Dogs and saw that many others have had to go through the same terrible ordeal.

“The initial reaction from taking that one pill was horrible,” said Anita Bergen, who believes her 10-year-old Scottish terrier Fergus died from just one dose.  “It’s just horrendous to watch an animal die such a horrible, painful, excruciating death.”

She says Fergus lost muscle control, had no desire to drink water, and suffered liver failure.  He had to be euthanized just two months later.  She reported his illness to the FDA.

“I do feel deceived,” Bergen said.  “I do not feel there was full disclosure.”

TV commercials list lethargy and vomiting as side effects, but no mention of death.

Strickland discovered through the Freedom of Information Act that there have been 965 complaints to the FDA of dogs dying because of Trifexis.

“I see that as a cause for investigation, and as they’re looking at those causes,” said veterinarian Toby Carmichael, whose own dogs have been on the drug.  “I feel confident the FDA will follow through, but from our experience, we haven’t seen it.”

Many pet owners say they’ve not had any problems with their dogs, and feel that there is no reason to discontinue using Trifexis.  But recently, parent company Elanco added ataxia (loss of muscle control) and seizures to the list of side effects because of the whopping number of customer complaints.

However, tests aren’t revealing a definitive cause for the deaths, and there are no plans to label death as a side effect.

“All the tests that are done, they’re all inconclusive,” said Bergen.  “No one can ever say this death is absolutely the result of administering this particular medication.  But all the owners, all the pet caregivers know.”