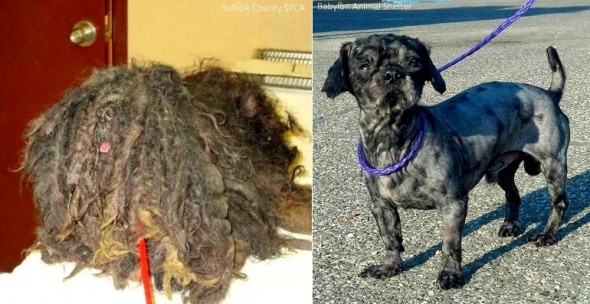 Last week, we told you about a dog who was so badly matted when he was found that four pounds of fur had to be shaved from him.  Now we are happy to tell you that Ziggy has been adopted, and will spend the rest of his days being pampered.

The six-year-old dog, who was found in an abandoned Lindenhurst, NY house, had likely been neglected his entire life.  His condition was so bad that he could barely move, and even when the matts were shaved and the claws clipped, he had trouble walking properly and required physical therapy.

“I asked one of the veterinarians, ‘What is this dog feeling? What kind of pain is it in?’ and he said, ‘Well, if I grabbed your hair and twisted it, that dog felt that 24/7.’ That’s what kind of pain that dog was in,” said Roy Gross, chief of the Suffolk County SPCA. 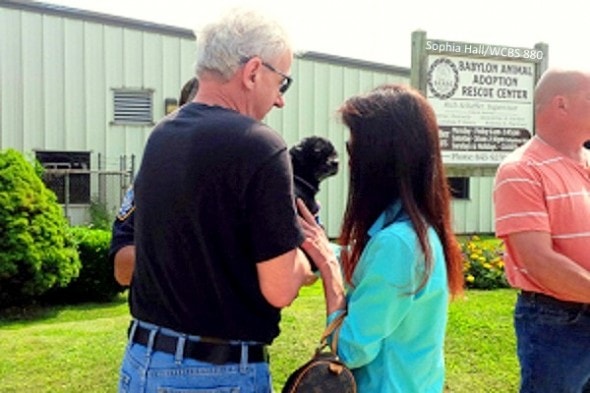 Despite his suffering, Ziggy is “still a sweet and loving dog.”  Now he can be a happy dog with his new family.

“When I saw the picture of him before he got shaved I went pretty much ballistic,” said Ziggy’s new owner. “I went to my wife and I said, ‘We gotta do something about this dog.’”

A $2,000 reward is being offered for information leading to the arrest and conviction of the person(s) responsible for Ziggy’s condition.  Anyone with information is asked to call the Suffolk County SPCA at 631-382-7722.