A 10-year old Munsterlander dog named Whiskey is the sixth of eight dogs that have been successfully treated by a new cutting-edge procedure developed by biomedical engineers and veterinary surgeons at the University of California Davis. The experimental reconstructive procedure regrows jawbones in dogs that need to have a damaged part of their jaw removed. In Whiskey’s case, as in most instances, oral cancer was the cause for him to need the treatment.

Before the procedure was developed, dogs were left with incomplete jaws. Although not life threatening for a dog to have part of their jaw removed, the incomplete jaw caused some functionality issues.  Often the dog’s teeth will create ulcerations to the hard palate of their mouth. 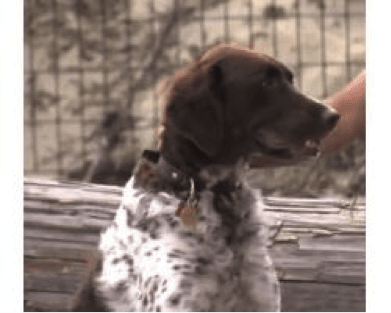 The procedure was developed by veterinary surgeon Boaz Arzi and biomedical engineer Dan Huey. Huey stated that in Whiskey’s case, “within two weeks after the procedure, you could feel bone forming under the skin, and by three months we had new bone that was very similar in density to that of the native bone.”

Whiskey had the largest amount of missing jawbone that the team at UC Davis has worked on to date. The procedure required Whiskey to spend three days at the Veterinary Medical Teaching Hospital for a pre-operative exam, surgery and recuperation. He then had three post-operative exams.  The average cost per dog for the procedure has been between $7,000 and $8,000.

A year ago, Whiskey would not have been able to receive this treatment. Whiskey now chews his toys like every other dog thanks to the team at University of California, Davis.