On Wednesday, during a break in their game against the Brooklyn Nets, the New York Knicks took the time to honor United States Army Retired Sergeant First Class Luciano Yulfo.  He served in the military for 36 years, and has been waiting 18 months for a service dog.  His reaction to being surprised with one at the game is absolutely priceless. 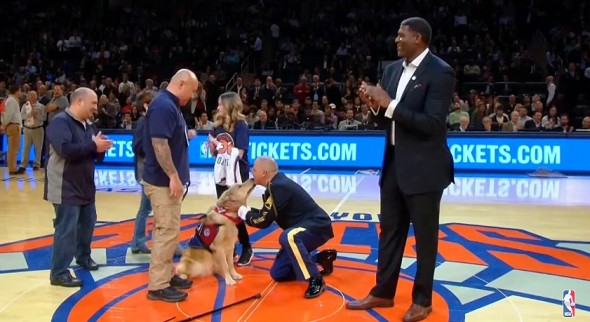 Today is Veterans Day, and this presentation was part of the Hoops for Troops program.  As Yulfo stood on the court with his daughter, he expected nothing more than to be given a customized jersey by former Knick Larry Johnson. 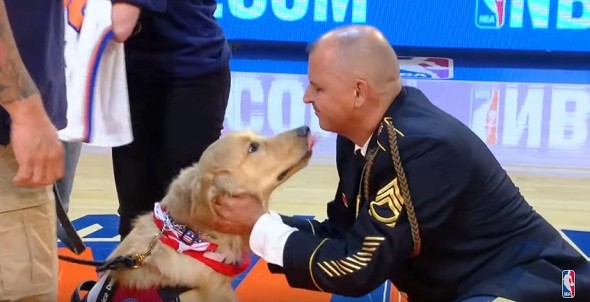 When service dog Murphy was escorted out to meet him, Yulfo dropped his cane and kneeled down to be showered with kisses by his new companion.  Neither Murphy nor his new human could contain their excitement at meeting one another.  Hopefully they will have many wonderful years together.