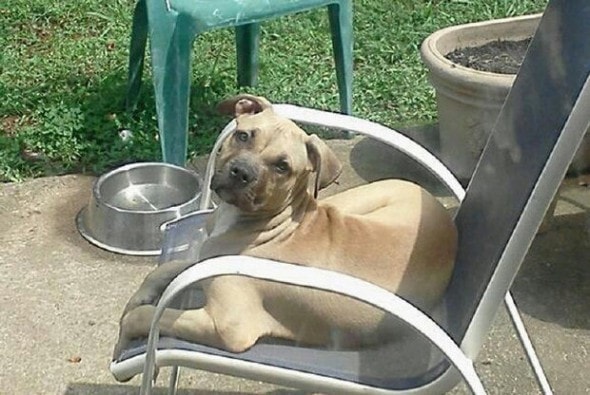 The Ewing family has a lot to be thankful for this Thanksgiving. It was only a few months ago that Russell and Krystal Ewing saved Tank when they adopted him. Now Tank is the one doing the rescuing. The seven-month-old boxer-mastiff mix woke the couple up just in time to save them from a raging fire that broke out in their North Carolina home.

When the Ewings first met Tank when he was 2 months old they were immediately in love. Tank had been rescued from the York County shelter just days before he was to be put down by Kimberley Henson of 2nd Chance. The animal rescue operation finds homes for unwanted animals. Henson has known Krystal Ewing for 25 years and knew that Tank would be a good fit for their family.

On Sunday morning Tank knew something was wrong. He pushed his way into the Ewing’s bedroom and woke them up. That’s when Russell found a fire raging in their laundry room. Thanks to Tank they all made it out of the house without any injuries. There was damage to the home but Russell Ewing is just glad that they are all safe thanks to Tank. “He rescued us,” said Krystal. “Here it is Thanksgiving week, and we are thanking God for Tank the rescue dog who was rescued himself.”