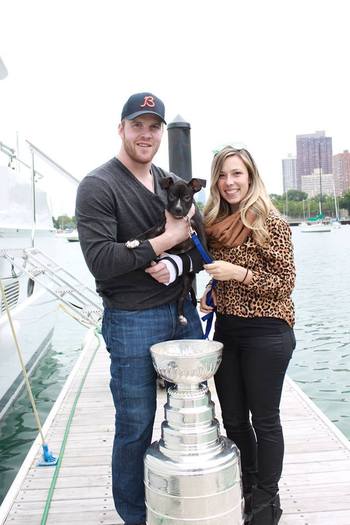 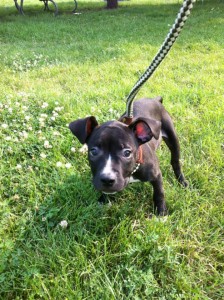 Chicago Blackhawks left wing Bryan Bickell has been a hero for the Stanley Cup-winning team, and now he’s a hero to a dog on death row. He and his fiance, Amanda Caskenette, rescued the three-month-old pit bull and named her Miss Stanley the Pup.

“She is adorable and she’s got those big ears and is really playful and sweet,” said Heather Owen, One Tail at a Time board president. “You can tell they’re super big dog lovers. They absolutely loved her and were playing with her.”

Bryan and Amanda are pit bull lovers and advocates, even creating a video about pit bull myths for the organization Chicago Loves Pits.

The couple is not keeping Stanley, but hope to find her a good home. She is being featured as Bick’s Pit of the Month for July.

“Having the backing of someone who people respect and look up to right now is really special and she’s a real lucky dog to have that,” Owen said. “It brings awareness to adoption in general and how many good dogs there are looking for homes and that adoption is a great route.”

Another dog up for adoption is the lovely Carmen, who has been with Project Rescue Chicago since November. She had been at another shelter for about six months after she had been rescued by a police officer who found the emaciated dog chained to a shed and wrapped around a pole. Healthy and happy, Carmen would love to be a part of someone’s family. She is very social with most dogs and children. She is house and crate trained, and loves stuffed toys so much she’ll bring them with her on walks! 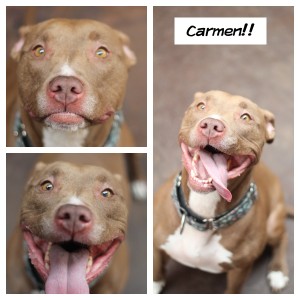