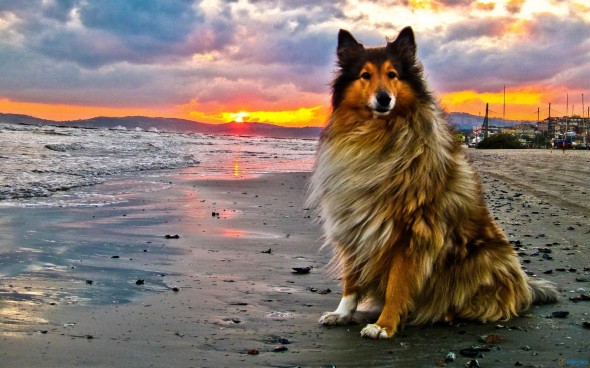 The lesson here is to never get between a dog lover and their beach.  A local councilor in County Londonderry, Northern Ireland found out the hard way that dogs and beaches are a natural fit.

Coleraine councilor Norman Hillis had put forward legislation to ban dogs from beaches in the area. After a 700 dog protest at Portrush in County Antrim and a flood of objections during the consultation period which ended at the end of April, Hillis announced that the plans have been “shelved” and will probably never be seen again. He has been quoted as saying, “I can categorically say it will not come into force…It certainly got people up in arms, I haven’t seen anything in years that got the blood up as much.”

The legislation was proposed after complaints about dog litter on the beach. Some people claimed that dog owners would let their dogs run off-leash and not clean up their messes. But long-time dog walkers and beach visitors denied that there was a problem noting that there was much more of a problem with people leaving messes and rubbish on the beaches.