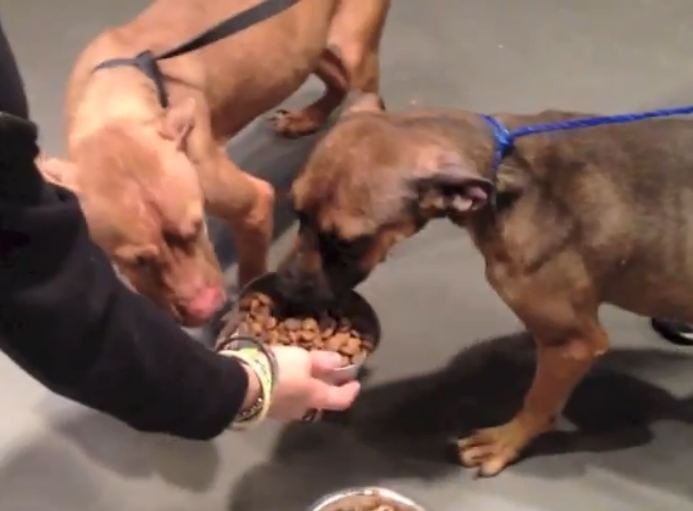 Dogs being neglected in a NYC home visited by police earlier this week were rescued and delivered to a shelter that will rehabilitate them.

Tuesday night, after closing time, Animal Haven received a call from a police officer who had just arrested an entire family. In the basement of the house he found several emaciated dogs jammed in crates and covered in feces.

Animal Haven couldn’t turn the dogs away and told the NYPD to bring them straight to their Lower Manhattan shelter building. The dogs arrived in a cruiser shortly afterward.

Though Animal Haven was without heat or power for several days following Hurricane Sandy, they are back to their mission of saving lives and finding homes for some of New York’s dogs and cats in need.

The police officer’s decision to turn the dogs over to Animal Haven instead of calling New York City’s notorious department of Animal Care and Control may have saved the animals’ lives.

Though the dogs are heartwrenchingly skinny now, after their prolonged neglect, their rescue is a cause for celebration. It marks a beginning on the road back to health and well being.

The organization will provide the dogs with all the care they need, and is accepting donations from its supporters through its Recovery Road Fund.