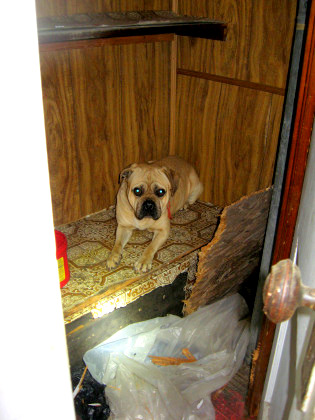 An officer called to a demolition site by city workers in Lorain, Ohio did a heroic deed by helping to rescue a small dog that had been abandoned and was trapped in a basement closet with no food, water, light or ventilation.  The officer patiently waited for the dog to trust him and then pulled him to safety.

Crews were checking water lines and preparing a home to be demolished when one worker heard barking and growling coming from a basement closet.  He punched a hole through the door and discovered a bulldog-pug mix cowering inside. 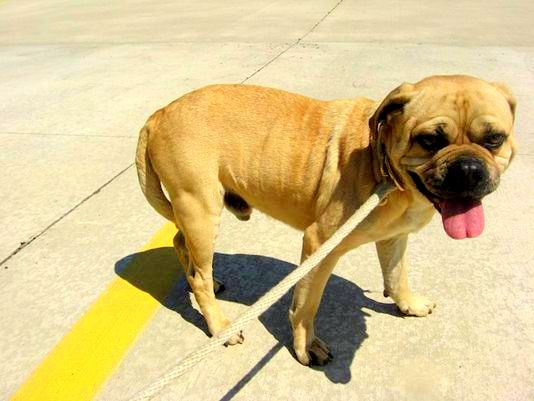 The abandoned dog had been left with nothing – no water, food, or fresh air.

“Not even a blanket or anything for the dog … he was lying on the bare floor,” said officer Richard Broz, who responded to the call.

Broz took his time and gently coaxed the traumatized dog.  When the pup decided the officer was trustworthy, he allowed the man to scoop him out. 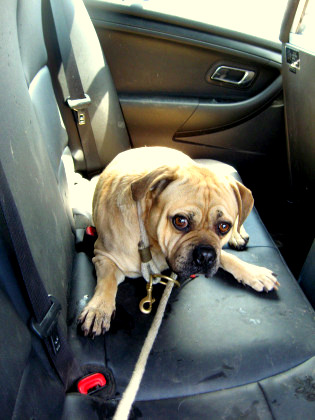 “He was somebody’s pet because once he finally realized that I wasn’t going to hurt him, he really mellowed out,” Broz explained.

The dog was jubilant to be released from his prison.  He is now being cared for at the Lorain County Kennel, and will be available for adoption next week if no one steps forward to claim him.  That is unlikely, as Broz is making sure that whoever trapped the dog in the closet will face animal cruelty charges.