Anita and Tim Newgard recently moved from Nevada to Bismark and along for the move came their one-eyed, 15-year-old border collie mutt named Heidi, but on June 13, 2014, the pet wondered off into the woods and got lost.

The Newgards were devastated, and as soon as their loyal four-legged companion disappeared, they searched the area and called the Central Dakota Humane Society trying to locate their elderly best friend, but Heidi was nowhere to be found. 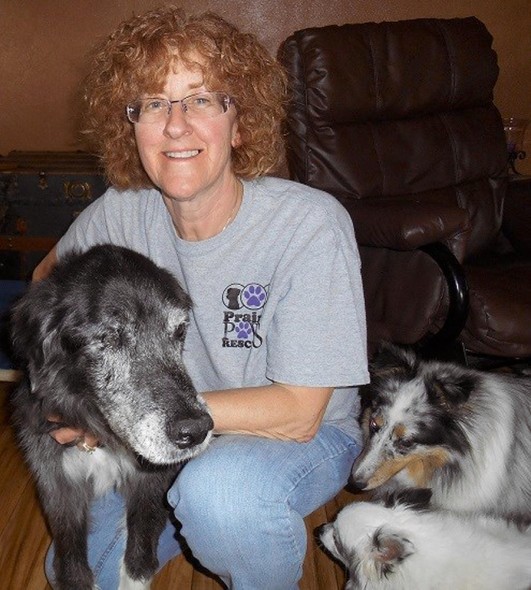 “She only has one eye, and is hard of hearing, so she took off trying to find out where home was, and we couldn’t find her,” Anita told Jamestown Sun.

Animal Control picked up the canine and took her to Bismarck-Mandan Impound. There she waited for her family to claim her.

When found, Heidi was wearing a collar with ID tags, however, the tags had her old Nevada information, and calling those numbers led to a dead end. The dog had no microchip, and at the time, there was no way to reunite her with her owners.

Ten days passed and the dog’s time at the pound was up. Workers placed her with Prairie Paws Rescue instead of having her euthanized, and thanks to that the dog’s life was saved.

The pound and the rescue group not only saved Heidi, they also reunited her with her rightful owners.

A volunteer with the pound saw an ad from Central Dakota Humane Society about a one-eyed black dog, and after reading the dog’s description, the volunteer knew the lost dog was the one they had placed with Prairie Paws Rescue.

The organizations worked together and a few days later Anita was picking up her beloved dog.

“When I looked over and saw it was her, I just yelled for her and she tugged on the leash right away,” Anita said.

It took two weeks to find and get Heidi back home with her rightful owners, but if it wasn’t for the dedicated workers at the pound, who recognized Heidi was someone’s loved pet, and know she deserved to live the rest of her days being loved, Heidi wouldn’t be alive today.