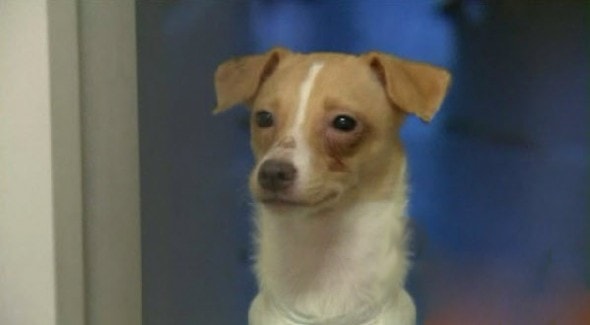 On Thursday June 13, 2013, city workers from Urupa Valley, Calif., found 30 Chihuahuas inside a house of a woman who was recently evicted by her landlord.

According to Riverside Animal Services, the dogs were kept in small pens set up in the kitchen area, and despite their living arrangements, all canines were in good health.

“Most of the dogs are young, 6 months to 2 years of age, and appear mostly to be Chihuahua mixes,” said Sgt. Cynthia Lee. “Although some of them were very nervous, none of the dogs seemed aggressive.”

Riverside Animal Services announced on their Facebook page that all 30 dogs are under their custody and have been examined by veterinarians.

Under California law, the evicted woman, owner of the animals, has 10 days to claim her pets. She will face 30 citations for failing to vaccinate the dogs for rabies, failing to have a kennel permit and dog licenses.

Learn more. To get more information on the dogs, contact the shelter at [email protected]