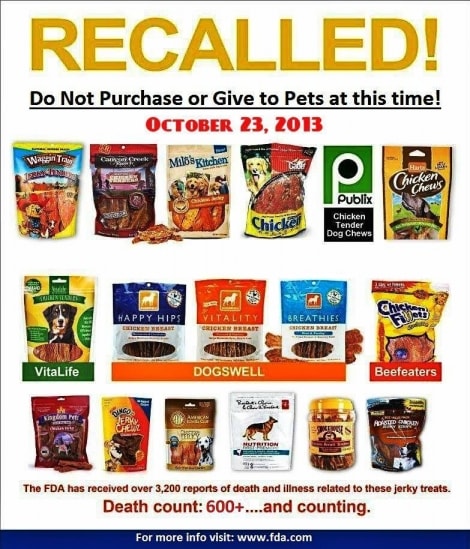 For years, animal owners have been petitioning the FDA and pet treat suppliers to stop allowing Chinese-manufactured foods to be sold to the public.  There are complaints that thousands of dogs and cats have been poisoned to death, and now Petco has become the first national retailer to pull the toxic treats from their shelves.

The FDA has received nearly 5,000 formal complaints from animal lovers who say their pets have either become ill or died as a result of eating treats from China, primarily chicken jerky.  They have responded by telling Americans that facilities in China either won’t allow the FDA to inspect them (seriously??), or that the facilities that have been inspected have not been found to have tainted foods.  In addition, the FDA says they have not been able to pinpoint any specific ingredient in treats tested here that would lead to the gastrointestinal illness, Fanconi syndrome, and kidney failure.

Today Petco Animal Supplies Inc. said it would be ending the sale of dog and cat treats from China in order to protect the “well-being of pets.” 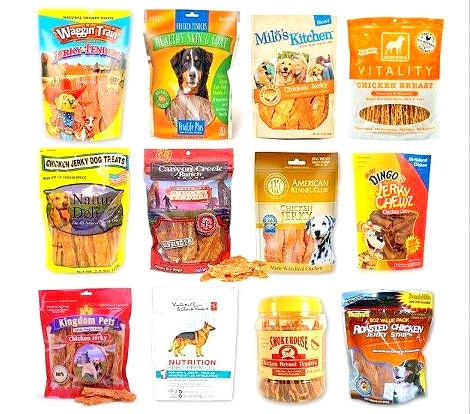 “We know some pet parents are wary of dog and cat treats made in China, especially Chicken Jerky products, and we’ve heard their concerns,” said Petco CEO Jim Myers in a statement. “As a leader in the industry and the trusted partner for our pet parents, we’re eager to make this transition and to expand our assortment of safe and healthy treats, the majority of which are made right here in the U.S. Very simply, we feel this decision is in the best interest of the pets we all love and, ultimately, for our business.

“We’ve been following the FDA warnings and related customer concerns closely, and we’ve been actively reducing our China-made assortment and expanding our American-made offerings for several years now.

“We know the FDA hasn’t yet identified a direct cause for the reported illnesses, but we decided the uncertainty of the situation outweighs the lack of actual proof.  It has taken some time and careful thought to get to this point, but we’re proud to make the change and we believe our customers will be pleased with it as well.”

Petco says all treats imported from China will be eliminated from over 1,300 stores by the end of 2014.  Some brands, like Milo’s Kitchen, have stopped production of their treats in China and now say they use American-made products.