According to Jessica Kamish of rescue group Pug Partners of Nebraska and the new pet supply store, Green Spot Omaha, Petland in Omaha is closing its doors. 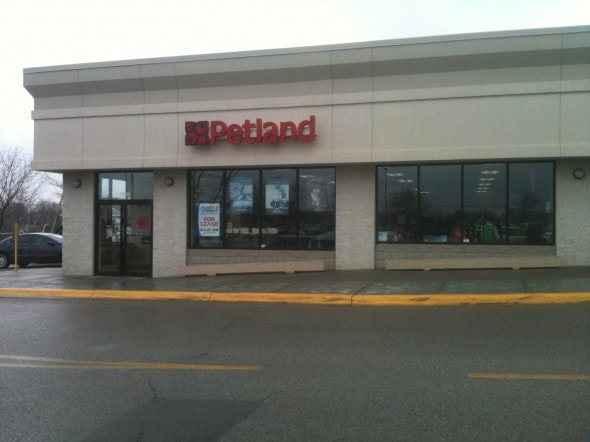 On visiting the Omaha Petland with my family today, we found that the store was open but being run by an auction company.  No Petland team members were available for comment. The auction staff was able to confirm that Petland was indeed closing and not merely relocating, but did not know the reason for the closing.

Here is Where My Objective Reporting Ends…

My suspicion is that Petland is closing for financial reasons. My suspicion for the underlying reason for the financial issues is that Omaha is no longer willing to buy puppies if we do not know if their parents are well treated. We have a wonderful humane society in Omaha – Nebraska Humane Society. We have wonderful rescue groups.  We even have wonderful breeders – “professional” and “family” breeders – in and around Omaha.

A friend asked me yesterday about choosing a purposely bred puppy wisely. I told him that an almost foolproof test is to ask if you can meet the mama. If you do, and if you have a good feeling about the overall situation, you will almost always be choosing wisely. It is not, of course that simple, and does not help with adopting rescued pets as much as adopting from a breeder, but I still think it is a good consideration, and a test which Petland was not able to pass.

14 thoughts on “Petland in Omaha is Closing”