Phoenix, the Jack Russell terrier that was badly burned last fall, now has a forever home. For the past seven months Judi Bunge has been Phoenix’s foster, caring for him around the clock and helping him to recover. The bond that the two have formed made it clear to the Buffalo Small Animal Hospital that Bunge was the right person to provide Phoenix with his permanent home.

Bunge works at the Buffalo Small Animal Hospital as a veterinary technician and has been caring for Phoenix during his recovery. Phoenix has not only bonded with Bunge but also with her other dog Ruckus. More than 100 families had applied to adopt Phoenix, but in the end the animal hospital felt Bunge was the right choice. 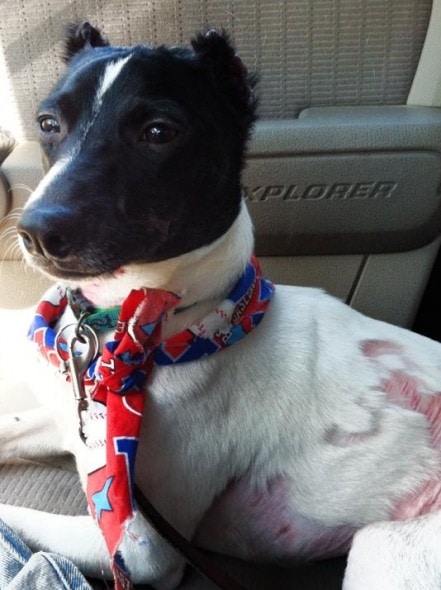 “We truly feel it is in his best interest to let him stay in the home that he knows with the person that he loves,” wrote the Buffalo Small Animal Hospital on their Facebook page.

Phoenix mad an appearance in Albany yesterday to celebrate NYS Animal Advocacy Day. His doctors spoke about his treatment and recovery and Phoenix showed off how great he is doing. Phoenix plans to make future appearances as an advocate against animal abuse.