You might want to open the freezer door, because this photo is sure to melt your heart.  Pictured is Captain Morgan, a dachshund mix nuzzling up to the woman who rescued him. 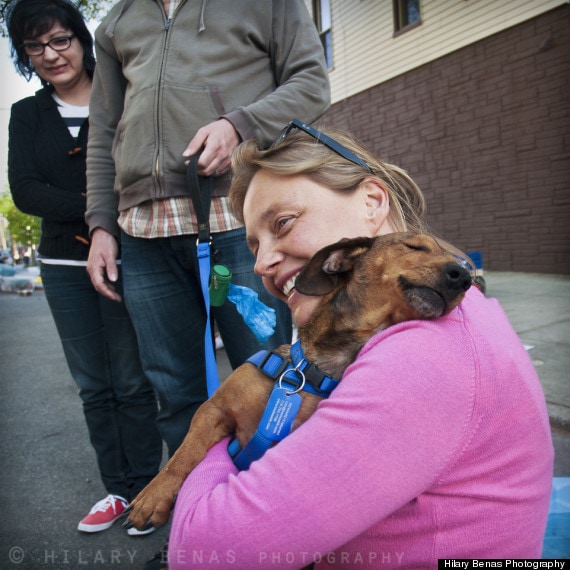 Some say that animals don’t have emotions.  They clearly never had a cat who insisted on nuzzling their neck and curling up for a nap on their chest, or a dog who greeted them by sitting on their lap with his paws on their shoulders, plastering them with kisses.  Captain Morgan, known more affectionately as Cappy, demonstrates perfectly a dog’s ability to love.

“These dogs come from absolute hell on earth and they always remember the people who got them to their better life,” said Sara Cross, founder of Badass Brooklyn Animal Rescue.

His sweetheart is Eva Armstrong, one of the directors of Badass Brooklyn Animal Rescue.  According to Cross, the organization, run completely by volunteers, has saved over 800 dogs from high kill shelters in the rural south.  Cappy was one of those dogs.

“We don’t travel very often to the south,” Cross explained.  “But we did a trip to visit the local volunteers at two of the shelters we rescue from.  When we were down there we met and of course fell in love with Cappy and brought him back in our van.”

Cappy has only one good eye, and at a shelter with a 97 percent kill rate, stood a very slim chance of surviving, let alone being adopted.  Armstrong fostered the little guy at her Pennsylvania farmhouse until he was adopted.

“Cappy would not be alive were it not for a small group of dedicated volunteers in Selma, Alabama,” Cross said.  “We would not even know these dogs exist, let alone be able to rescue them, if it were not for amazing volunteers.”

And amazing they are.  There isn’t a facility for these rescues – they go home with the volunteers until they are adopted.  On May 5, Badass Brooklyn threw a block party, inviting former canine residents and their new families to attend.  Cappy and his new parents showed up.  While he loves his adoptive family, it was certain that he hadn’t forgotten his knight in shining, or shall we say, pink, armor. 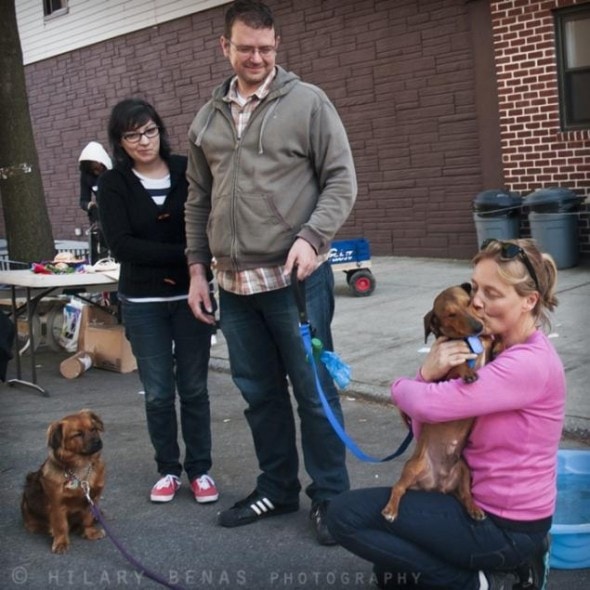 “Whenever any of us run into dogs that we have fostered or rescued, they always recognize us and are so excited to see us,” Cross said.  “Dogs remember the person who saved their life and helped them on their way to a forever home.”