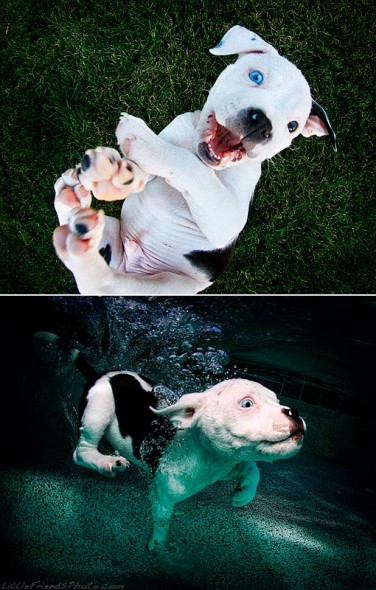 Photographer Set Casteel’s book “Underwater Dogs” was a smash hit. The photographer gave people the never-before-seen view of what happens when you dog dives into the water. Now Casteel has announced plans for another book that showcases what puppies look like underwater.

“Underwater Dogs” was a smash hit. It showed more than 80 photos of dogs underwater in captivating poses that often showed off just how intensely dogs play. The book was a part of many holiday gift guides and Casteel’s photos have become sensations on the internet. Last week Casteel announced he would be coming out with yet another book of dog diving photographs, this time using puppies. “I’m back in the pool again, this time working with baby dogs!” announced Casteel on his website.