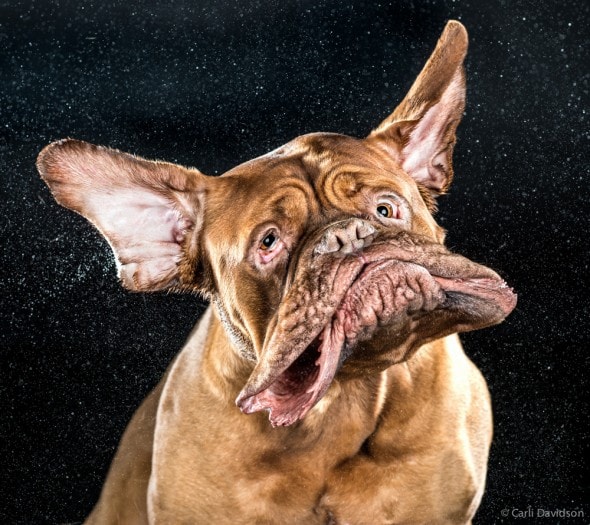 Photographer Carli Davidson released a new book yesterday that features entertaining photographs of dogs mid-shake. The book was inspired by Davidson’s own dog Norbert and many of the subjects are shelter dogs.

Davidson’s 8-year-old Dogue de Bordeaux named Norbert is a big shaker, and when he does shake his drool goes everywhere.

“I have to clean up his drool off my walls and dresser all the time,” said Davidson.

Although messy, Norbert’s shaking inspired Davidson for a unique photography project. When she initially uploaded some of her first photos onto the internet in 2011 they quickly went viral. Yesterday, Davidson released an entire book of her photos, capturing dogs in one of their most natural and entertaining moments.

In total over 60 dogs were featured in the book, some of them were Davidson’s friend’s dogs, but the majority of the dogs she photographed came from Panda Paws Rescue.

Davidson has worked with a variety of different dogs and she took pictures of over 130 dogs working on her book. She tried to make the dogs feel as comfortable as possible in the process. Although she tries to persuade the dogs into shaking for her, she would never force a dog into participating.

“I’d say 65 percent of the models choose to participate, but if they don’t want to that’s fine,” said Davidson. 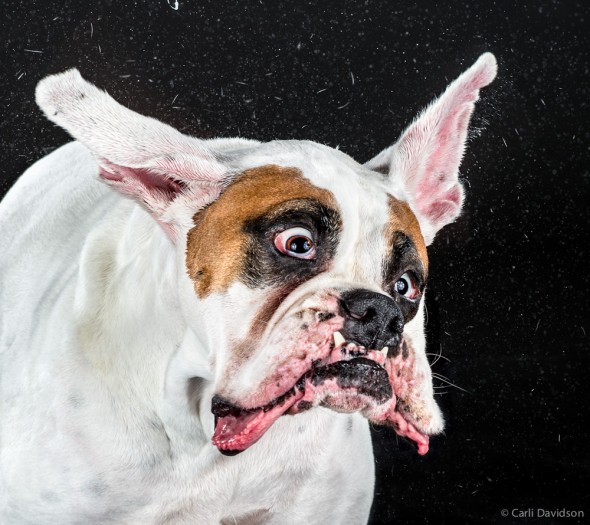 Davidson has been a lifelong animal lover and volunteers at rescues in the Portland area. She is also working on another project titled “Invincible” that features special needs animals.

“Animals give me so much,” said Davidson. “When I was growing up whenever I was having a hard time they were my comfort. To this day being around them brings me a lot of peace. I want to give that back as much as I can to them.”

For more information on Davidson’s project and her new book visit her website. 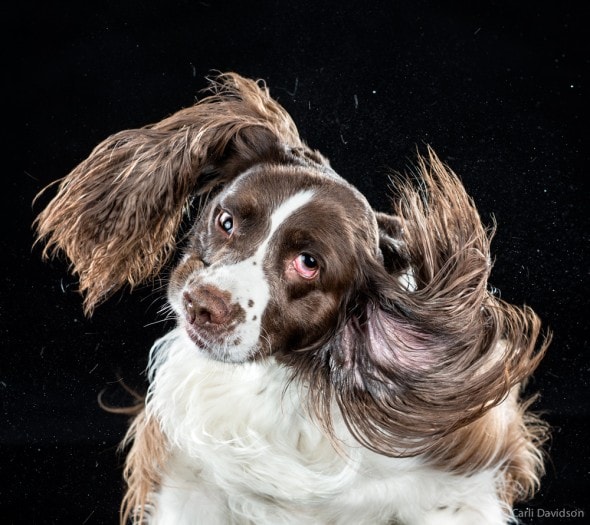