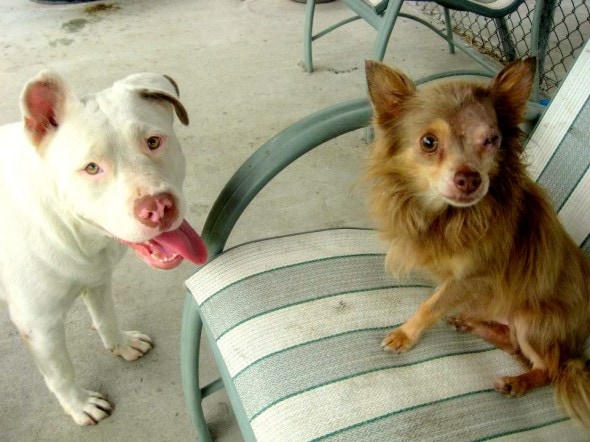 Joanie and Chachi, a match made in heaven!  These two bonded on the streets of Savannah, Georgia, and were found with the pit bull carrying the Chihuahua in her mouth.  Chachi had a badly injured eye, and Joanie did her best to help him.  Now the two, in need of a home together, will have just that – a family in Florida will be adopting them next month.

Community members saw these two roaming the streets together, and the devotion they share could be seen by everyone.  Chachi had a terrible eye infection, and Joanie would gently carry him around with her teeth.  She would even lick the eye to try to heal it – certainly not an uncommon trait in pit bulls! 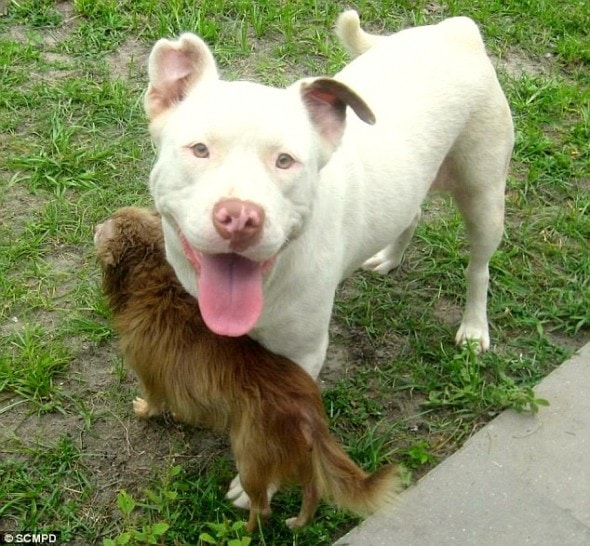 “It’s not every day we get to see such devotion between two special dogs like this,” said Animal Control Officer Christina Sutherin on the Savannah-Chatham Metropolitan Police Department’s Facebook page. “They are both such sweet animals. But the relationship they share just sets them apart.”

Unfortunately, Chachi’s eye ruptured and vets were unable to save it.  But now his pain can be lessened and he can begin to heal.  During his recovery he has been without his beloved Joanie, but the two were recently allowed to visit one another. 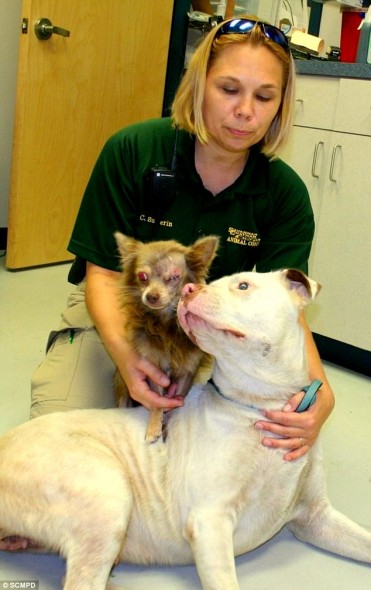 Staff members said the reunion was very emotional, and the pals whined, snuggled, caressed and smooched each other.  They are now up for adoption, and staff really hope someone will adopt the bonded pair.

“It would be wonderful if we could find a home that could take both of them,” Sutherin said. “But that is not always possible.” 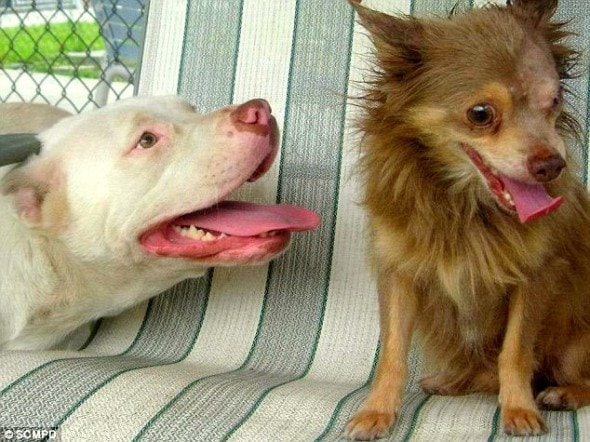 Neither has shown interest in any other dogs – only each other.

“They truly appear to be soul mates,” Sutherin said.

A post was made on the police department’s page just a few hours ago stating that a home has been found for them. 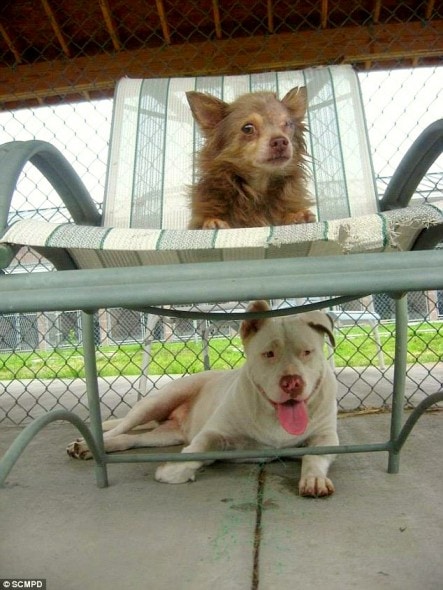 “Chachi, the long-haired Chihuahua, and Joanie, his larger pit bull mix friend, may have found a home at last. Savannah-Chatham Metropolitan Police Department Animal Control Officer Christina Sutherin, who found the pair roaming a Savannah neighborhood, “told” the dogs of their new home Wednesday afternoon. They were elated. She has researched a new owner in Florida and plans are being made to transport them. The transfer will take place in August after the period required by state law to transport animals across state lines after inoculations have been given.” 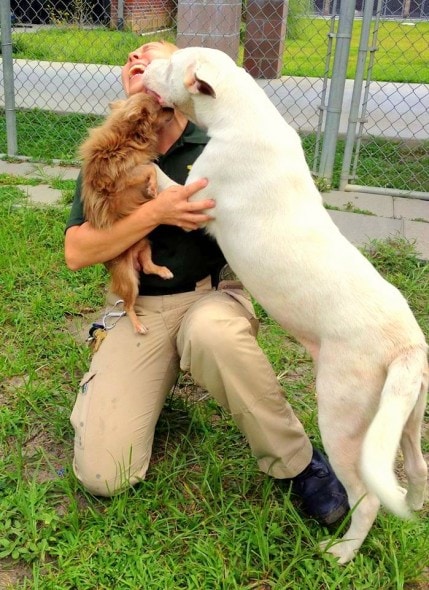