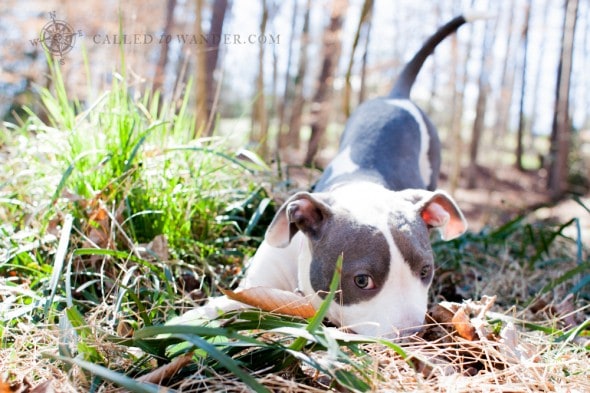 As today is National Pit Bull Awareness Day, what better way to celebrate than to read a touching story of a pit bull rescued from imminent euthanasia and with a fairy tale ending?

On November 7th, 2012, a mangy little pit bull puppy was scheduled to be put to sleep at animal control. The fact that she was a pit bull probably didn’t help anything but the reason given was that they feared she had a very contagious type of mange.

When Animal Action Rescue saw her picture, they knew they had to save her and she was pulled from animal control that very day. They noticed she had a propensity to climb everything, like a billy goat, and so she earned the name Billie.

Her mange ended up being a non-contagious type and completely treatable but she still had a lot of healing to do. She had several other health issues, such as intestinal parasite, giardia, and leg deformities. However, she began to heal and thrive in her new life.

After just two months, her hair had grown back almost completely! Billie then became famous on the Facebook page, “Betsy and Pups” and was even on the local news. The best part is that Billie had a fairy tale ending-she was adopted into the most loving forever home! 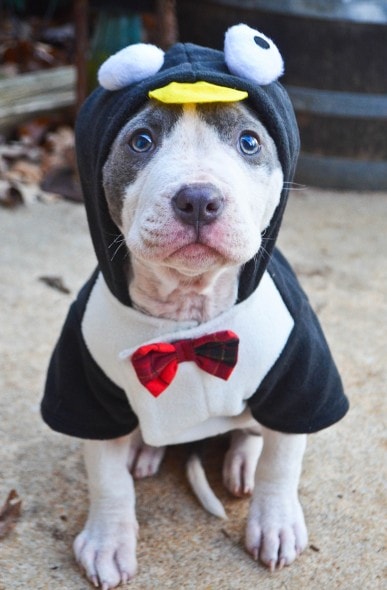 “Our Billie Jean is a very special girl that came along at just the right time. However, I was not prepared for the tiny little tornado that arrived! She is a headstrong, fearless girl who loves anyone and anything that she comes into contact with (except for the vacuum). She has taught me about patience, understanding, and never judging a book by its cover. Billie has also helped family, friends, and others to look past the stereotypes to see a funny, loving girl who loves swimming, watermelon, her brother, her parents, and life in general. I’m thankful every day that Billie Jean has come into our lives.”

The Unexpected Pit Bull is a not-for-profit organization that creates, markets and sells merchandise celebrating pit bull dogs. They donate 100% of the proceeds and profits to pit bull rescue, education and advocacy organizations in need of support. 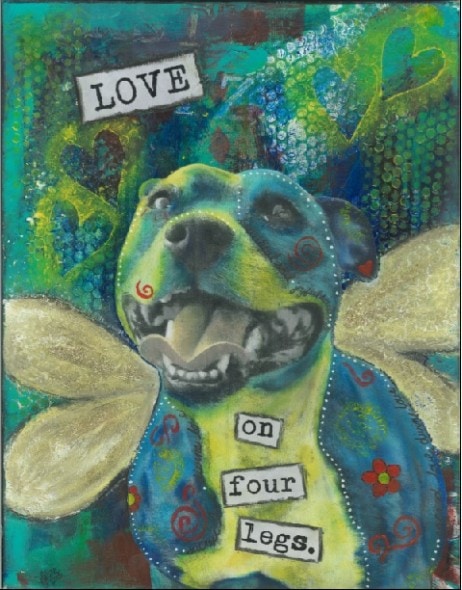 Billie Jean’s story is just one of the stories of rescue, redemption and repayment featured in The Unexpected Pit Bull Calendar that raises pit bull awareness EVERY day of the year with its critically acclaimed annual calendars.  In the past decade, the calendars have warmed hearts, changed minds, and helped raise thousands of dollars for pit-bull rescue, advocacy, and education organizations throughout North America. The 2014 edition combines breath-taking images, lensed by award-winning photographers, with stories of humans whose lives haven’t just been improved but rather transformed (sometimes, even saved) by the pit bulls in their midst.