Marshall the Miracle Dog, a special needs dog from Richmond Heights, Missouri has had his specialized van stolen.  It was taken right out of his family’s yard in Richmond Heights sometime around 6:30 pm this past Sunday. 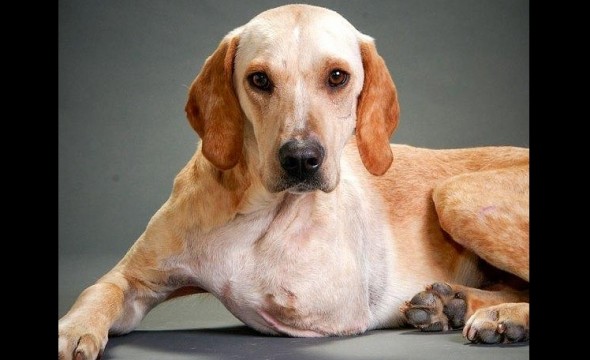 Marshall is a rather famous dog.  He had been rescued from a puppy mill/animal hoarding situation with over 60 other dogs.  When rescued, he had a bite-hole on his face that was festering, and one of his front legs were so mangled, it required amputation.

Cyndi Willenbrock, Marshall’s human said, “He died three times during the operation at the Humane Society. This dog knows he has a purpose.” 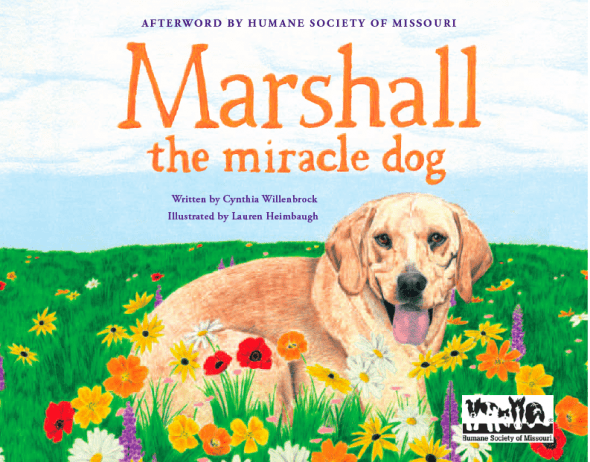 Marshall is also a bit of a celebrity as well.  He not only is the star and subject of a wonderful children’s book written by Willenbrock, and even has his own feature film.  Marshall is part of a national anti-bullying campaign a well, and uses this van to get around to spread his message.

The van has been specially modified to make getting in and out easier for Marshall.  The second row of seating has been removed as well, to allow for more space for him and everything he needs to do what he does.  It is a black, 2011 Honda Odyssey, and has Missouri plates that read “SM2JOJ.”  Anyone with information is urged to call the Richmond Heights Police Department. 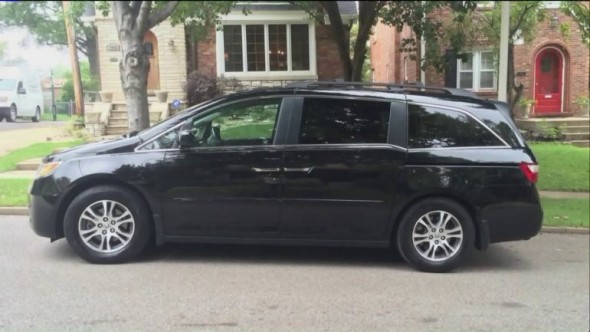