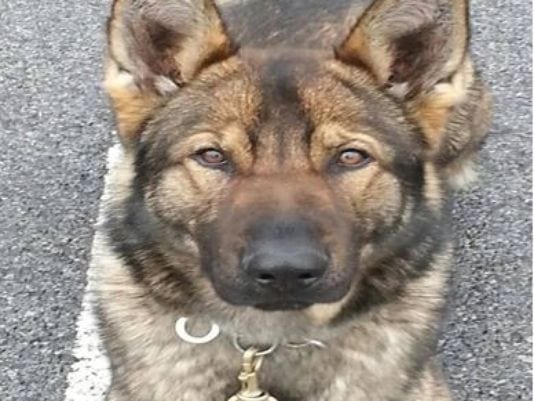 In the city of Poughkeepsie, police officials are asking the public for any information that will bring their newest police dog to the force back home. The dog has been missing since this past Monday.

Falcone is his name and he was last seen in the area of Upper North Road in Highland. Falcone got his name in honor of a fallen police officer. Detective John Falcone was killed in the line of duty on the 18th of February, 2011. He had been responding to an emergency call involving someone firing a gun at a train station on Main Street in Poughkeepsie.

Falcone is a 17-month-old German shepherd, and should be wearing a brown collar. He apparently took off running after seeing a deer and attempted to chase it down.

Police are asking anyone that sees him to contact the Town of Lloyd offices by calling 845-691-6102. They also say that if you call him by name, he will respond, but as he is a highly trained police dog, it is not advisable to approach him, especially if he seems cornered, and or feels scared or threatened.