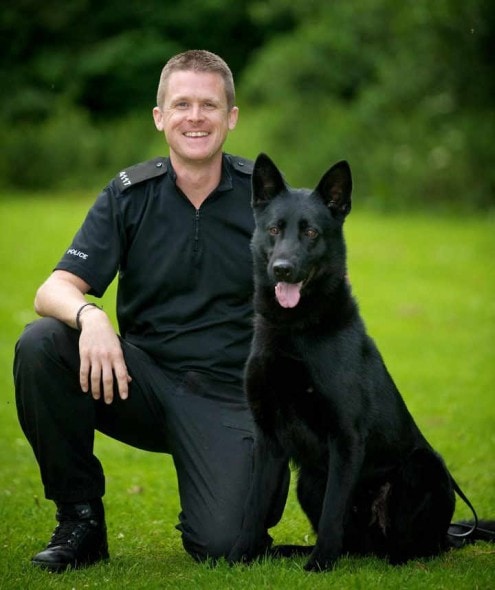 A police dog helped save the life of a woman in Birmingham, England when he tracked and led his fellow officers to the injured woman.

Around 12:40 am on February 4th police received a call that the woman was missing and possibly in danger. Evidence that the woman had been injured was found and PC Keith Bennett and his police dog Ska were called to the scene and quickly went to work.

Ska picked up a scent in the back yard of the house and led PC Bennett and other officers to the woman who was injured. The woman was treated by paramedics and taken to the hospital where she is recovering.

“When people think of police dogs they often picture them chasing down criminals who are trying to get away from crime scenes, but they actually have many other uses – as last night’s incident clearly shows,” said Insp Russ Evans. “Our dogs are highly trained and are able to follow a scent over long distances, in all sorts of conditions – so when someone is in grave danger, they really can make the difference between life and death.”