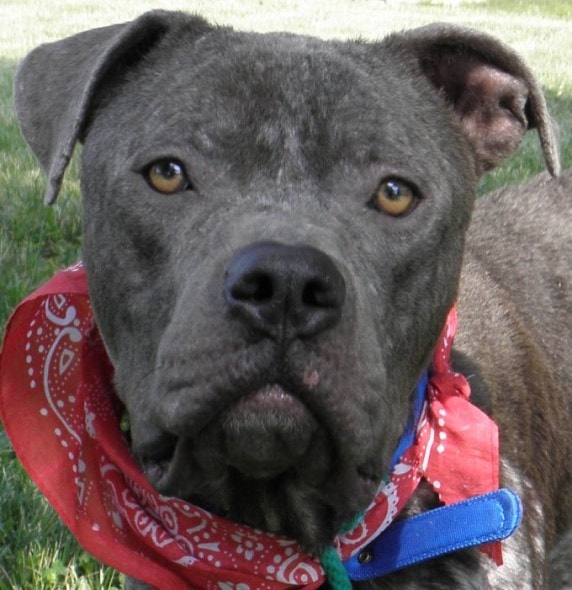 Police in Kansas City, Missouri came to the rescue of a stray pit bull mix last week. Now the dog is ready for adoption.

Marlan Roberts, an animal rescue worker, was driving by Swope Park when she spotted police approaching a dog. At first he feared the police were going to harm the dog, but soon realized he was mistaken.

“They were actually trying to feed him their lunches and give him some of their water,” said Roberts. “He was so emaciated, thirsty also.”

The officers were trying to gain the dog’s trust. After about 10 minutes they were able to calm the scared dog down, give him some food and get him help. For Officer Jason Cote helping animals is second nature.

“My mom ran a Humane Society when I was growing up, and I spent a good deal of my childhood helping animals,” said Officer Cote. “So I have a soft spot for hungry animals, thirsty animals and animals that have been dumped.”

The dog has been named Mr. Parks and is now available for adoption through the Missouri Pit Bull Rescue.