Beau, an 18-year-old Labrador from Port St. Louise, Fla., wandered away from his home and got stuck in 3 feet of mud in a canal. Thanks to a neighbor and Port St. Louise Police, the elderly dog that is deaf and partially blind, is alive today. 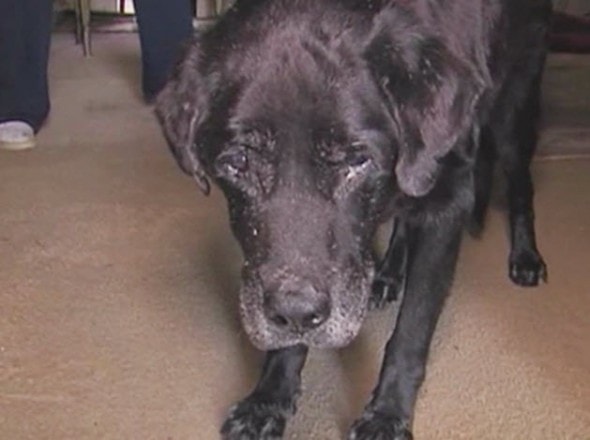 Russell Walker, the pet owner, had no idea the old dog had left the home. Walker said he had seen his pet walk in the garage and in and out of the home, but it wasn’t until later that he realized the dog was gone.

A neighbor heard frantic dog cries and spotted the dog in trouble. She immediately called police and officers arrived ready to help Beau.

Using a boat, two officers approached the dog just in time, there was a gator across the canal and he could have easily taken Beau’s life.

The officers helped the pet get out of thick mud. The dog was placed inside the boat and later reunited with his worried owner.