A beagle mix puppy is in safe hands after officers from the Prince William County Police Department intervened when she saw the dog being abused. 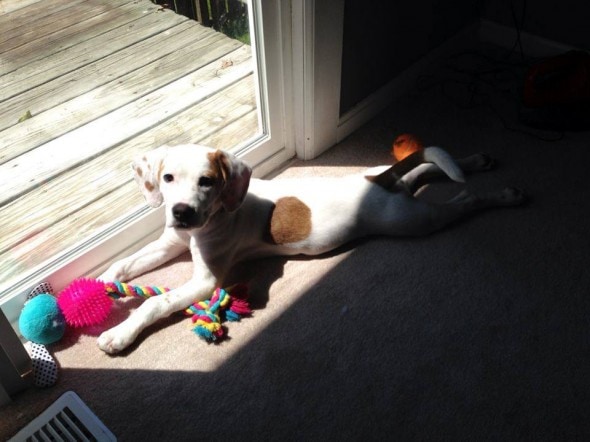 The Manassas, Virginia officers were on bike patrol when they spotted the spotted three-month-old being kicked by her owner. They immediately rushed over, arrested the owner for animal cruelty and took the puppy to safety. 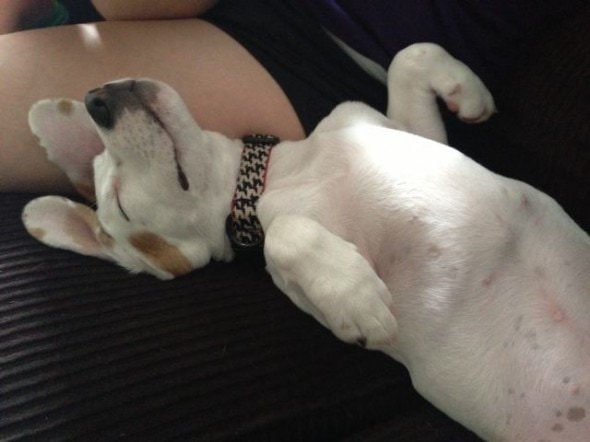 She became an instant sensation at the station, charming every officer with her adorable puppy wiles. She was named Little Seven after Star Trek character Seven of Nine, but one officer in particular thought she was a ten. 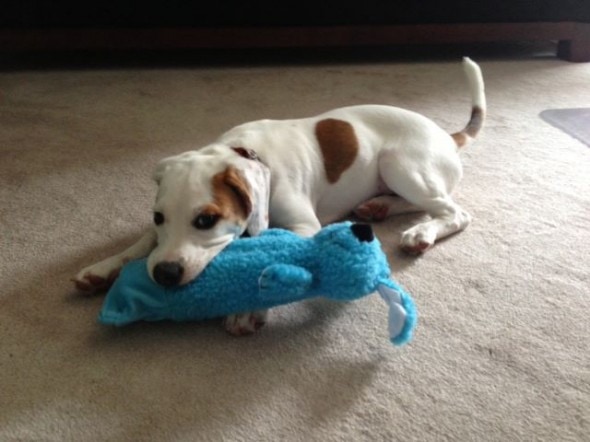 Seven was going to be put up for adoption, but Officer Katie Zaimis couldn’t get the beagle-pit bull pup out of her mind, and decided to adopt her. 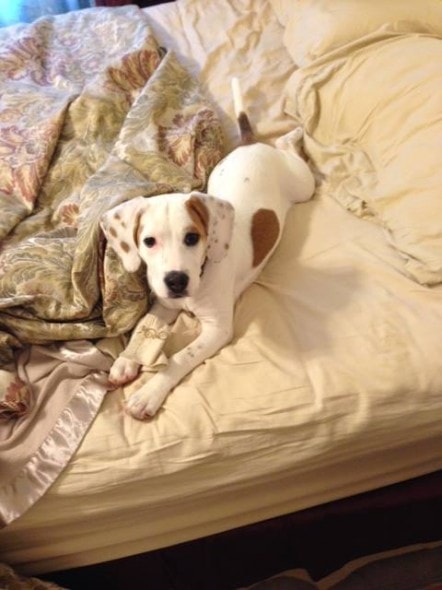 Now Seven has settled into her new life, getting spoiled by everyone she meets. The PWCPD kept interested parties up to date by posting, “Seven and her new family are doing great.”