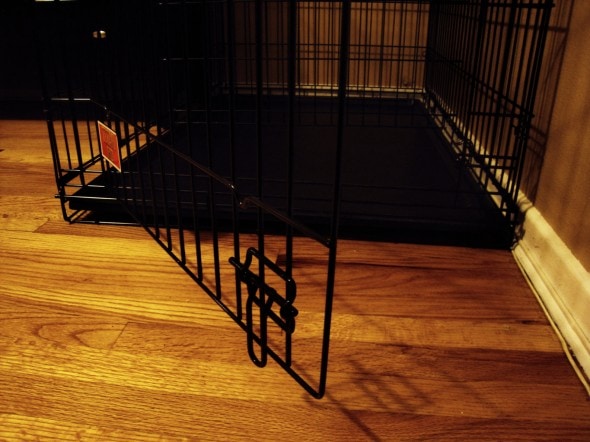 On May 20, 2013, a gray Pit Bull from the Lower East Side was heard whining all day long. Concerned neighbors called police and when authorities arrived, the dog was found inside a small crater, without access to food or water.

One of the neighbors reporting the incident told authorities she had tried giving the dog some water. The worried neighbor also said that on that day she had not seen Delores Graham, owner of the dog.

The dog was found inside the crate in the middle of the yard. The Pit Bull had no room to lie down or turn inside the dog pen. There was a plastic bowl near the cage, but this was torn and empty.

The National Weather Service reported peak temperatures for that day to reach 81 degrees.

While police officers removed the pet form the premises, Graham returned home. She said she had been gone for six hours but had left water for her dog.

Officer transported the Pit Bull to Lawrence County Humane Society animal shelter and charged Graham with animal cruelty. An investigation is pending and the dog will be held until the investigation is complete.