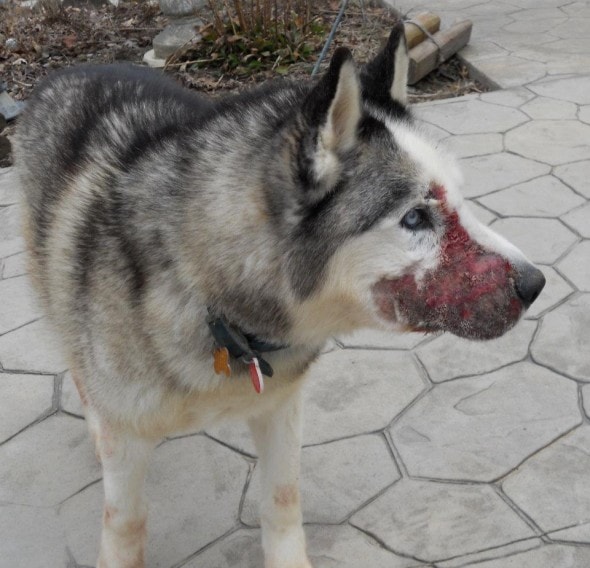 New legislation was recently introduced in the Michigan House of Representatives that would establish an animal abuser registry and keep convicted abusers from adopting animals. The bill is known as “Logan’s Law” after a Husky named Logan who was attacked by an unknown person.

In March 2012 someone came into the yard Matt Falk and threw an acid based chemical into the face of his 11-year-old Husky Logan. Although Logan made progress in healing from his wounds in July of 2012 he died from side effects of the attack. Logan’s family has made it their mission to get an animal abuse registry law passed in the State of Michigan. They want to honor Logan’s memory and raise awareness of animal abusers.

Falk tried to get similar legislation introduced last year but it didn’t make it out of committee. Earlier this month the legislation was reintroduced sponsored by Reps. Paul Muxlow and Harvey Santana. The legislation will create a registry of animal abusers. The legislation would also prevent animal shelters from allowing abusers to adopt any animal with a backbone. Once created the registry would be managed by the Wayne County Prosecutor’s Office animal control division.

The support for this legislation has grown immensely online, reaching over 3 million people. Falk’s Facebook page in support of Logan’s Law has over 10,000 likes and Falk has received support from people all over the world. “Even though Logan’s attack was a terrible thing, we have a chance to turn this into something positive for animals all over the state,” said Falk. “And even hopefully someday the whole country.”

For more information on Logan’s Law and how you can help support it visit thew Logan’s Law website and Facebook page.