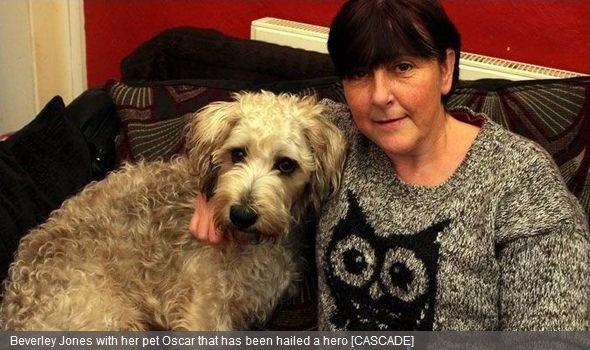 A Welsh family was saved by the family puppy when he bared his teeth and scared away axe-wielding intruders and then chased them down the street.

The Jones family of Wrexham, Wales has had their lives and their possessions spared thanks to Oscar, their Wheaton terrier puppy.

“The back door was closed but unlocked as there were people in and the telly was on,” Beverley Jones explained. “But these lads jumped over the locked back fence and picked up an axe we have in the garden to cut fire wood for the log burner. They just walked in with the axe and Oscar stood in front of them. It was like a Mexican stand-off.”

The robbers took off, and Oscar along with them. 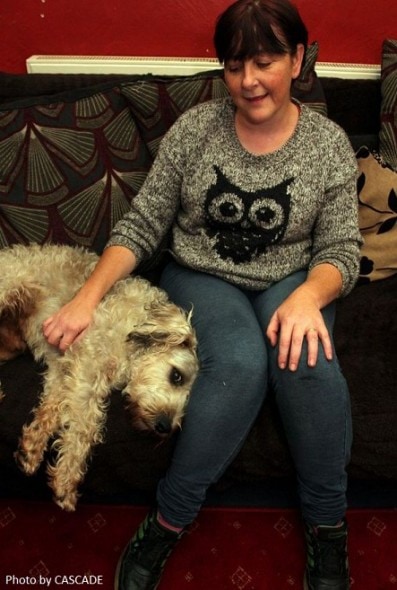 “It was just them looking at the dog, and the dog looking back, and when he growled they took off and he chased them down the street,” she said. “To be honest, he probably thought it was a game as he was only a pup at the time.” (This happened in June.)

Jones’ 19-year-old son Daniel feared for the pup’s safety and immediately chased after him. He located him near a railway bridge. The gang had disappeared, but Oscar was safe.

Oscar is now very protective of his family, who has been a bit shaken since their ordeal. He sits perched on the window sill standing guard. Anything that appears out of the ordinary is promptly brought to the family’s attention.

“He’s constantly on the lookout. It’s like having our very own neighborhood watch having him here, Jones said. “It was a worrying time and we have been worried about our safety. But having Oscar here makes us feel safer.”