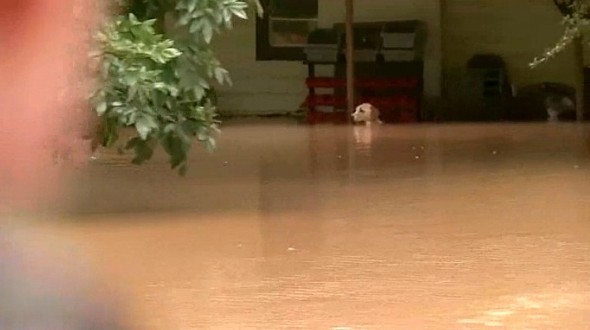 A few days ago we told you about a dog who had been chained up to her Texas porch and nearly drown when her family abandoned her to fend for herself in the rising floodwaters.  She was rescued by a volunteer crew, and now she has been adopted by one of the men who saved her – the sheriff!

The team – including the airboat operators, a news crew, and the sheriff – came across a sickening number of abandoned animals.  Fort Bend Sheriff Troy Nehls was furious about how heartless his neighbors could be towards their family members. 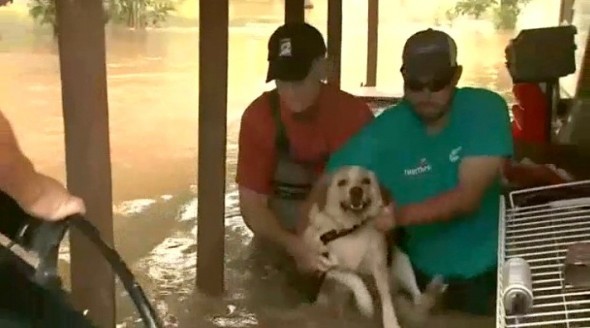 “This is infuriating. These residents will get a visit from me when they return,” he said.

One dog, who was later named Archer (after one of her saviors, reporter Phil Archer), was barely able to keep her head above the water.  Had they come only a few minutes later, it would have been too late to save her. 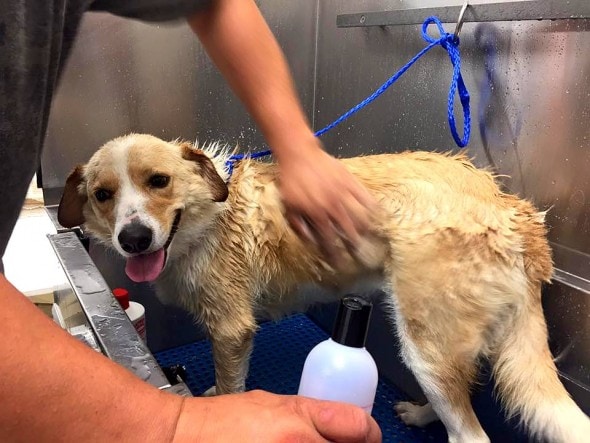 She was taken to the Houston Humane Society, where she was given a few baths to remove the flood’s greasy film from her fur.  She was also treated for fleas and heartworm.  After her rescue went public, many people stepped in to adopt her.  But one man had already grown attached.

Sheriff Nehls brought his family in for a meet-and-greet with Archer on Sunday.  Of course, it was love at first sight for everybody – Archer, too.  She spent the afternoon giving kisses to her new family, which could only mean, “thank you.” 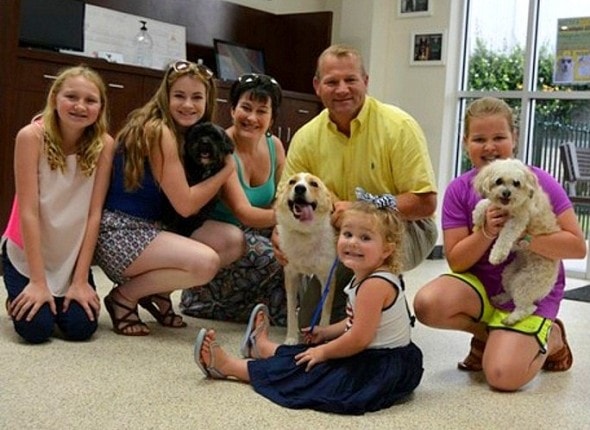