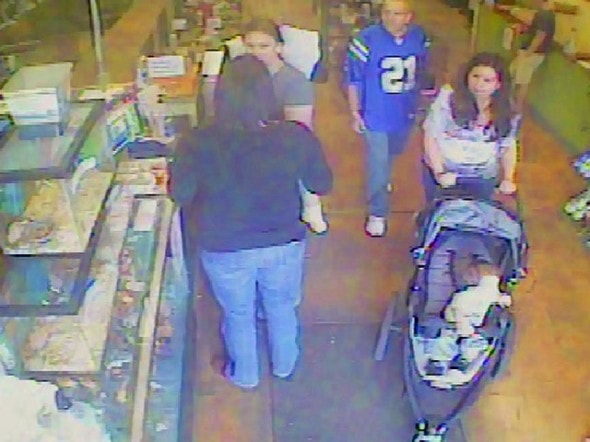 A puppy, stolen by a couple pushing a stroller through a store in Thornton, Colorado called The Pet Ranch, has been returned to the store.

It only took a few hours after the store shared photos taken from surveillance cameras in the store, on social media outlets for the stolen pup to be returned to The Pet Ranch.

Police said the couple only needed about 60 seconds to case the store.  They were walking through the store pushing a stroller, and managed to steal a Chihuahua puppy priced at $999.

Store owner, Renee Reese said the woman in the surveillance photos was petting two Chihuahua when the man walked up to her and picked up a puppy.

“He shows the puppy to the child in the stroller, they look around, they say something and then they stuff the puppy in the bottom container of the stroller,” Reese said.

“They cover it, look around, cover it better and started walking out,” Reese said.

Reese said the man then stopped an employee to ask about another dog, and distract him, while the woman took off with the child and puppy.

It was around 7PM, Tuesday when the puppy was returned according to Thornton Police Department spokesperson Matt Barnes.

According to The Pet Ranch, the puppy was returned with no injuries and was in good health.

Police have identified a person of interest in this case, and will be following up with that person.