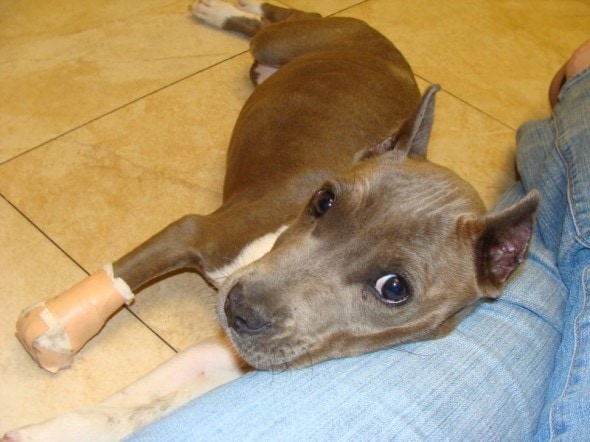 Debbie is getting a second chance after being found lost on the streets and missing a paw last month in Florida. Now with a new prosthetic paw she is learning to walk again.

Debbie, who is still just a young puppy, was discovered on the streets of Miami about a month ago. She was taken in by 1 Lucky Dog Rescue who have helped get her the care she needs, including a prosthetic paw.

An x-ray of Debbie’s paw revealed it was a clean cut, indicating that someone most likely intentionally cut her paw off. Now 1 Lucky Rescue is helping Debbie adjust to her new paw. Since she is still growing she will need to have her prosthesis adjusted until she reaches her full size.

Debbie is still looking for a home and in the meantime 1 Lucky Rescue is relying on the donations of animal lovers to pay for her care. If you would like to make a donation you can do so through their website.