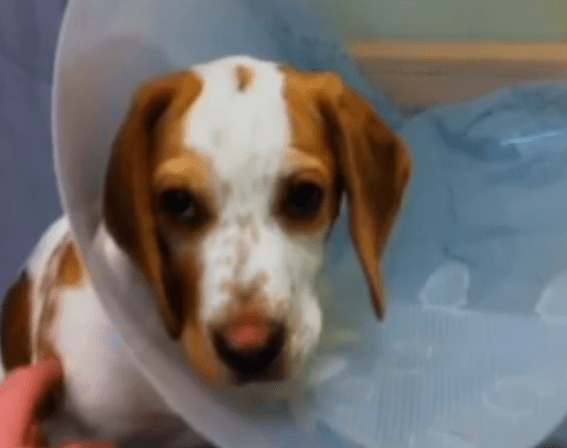 After nearly dying in a fire on Friday, a four-month-old beagle puppy was reunited with his family in time for Easter.

Rush was found unconscious Friday in the basement of his family’s Wisconsin home. Firefighters gave him oxygen and he was rushed to a veterinary clinic. The vet told the Pionk family, who had not been home at the time of the fire, that Rush had only a 50/50 shot of survival. “Another ten minutes and I don’t think the dog would have made it,” said Josh Pionk.

On Sunday it was an entirely different story as Rush was on his way to a full recovery and was reunited with his family for the Easter holiday. “From what the house looks like and from the smoke I saw and the damage, it’s a miracle to me that he made it through this,” said Pionk.

Pionk, his two sons and Rush will be a renting a place until their home can be repaired. They spent the Easter holiday with family and were thrilled to have Rush with them. “It turned out to be a good Easter,” said Pionk.