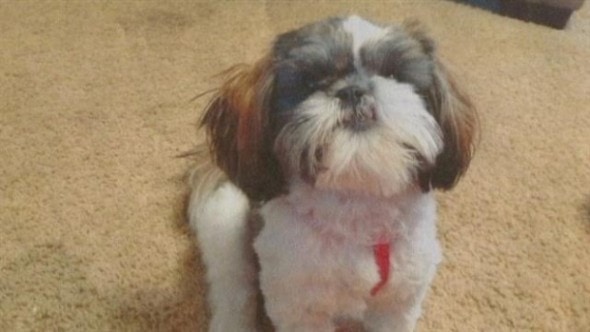 A family in Iowa is getting the only Christmas gift they really want this year, their cherished dog is coming home.  Aylah went missing on December 12th after he family’s vehicle was involved in a traffic accident and they have been searching for her ever since.  It is not uncommon for dogs to get spooked n that situation and run away.  By the time they calm down they may lost and in danger.

The family’s efforts to find the Shih Tzu puppy have paid off, and she was found a couple of miles from the crash site roaming around a park.  “The dog appeared to be digging through the trash in a park in Berwick and wouldn’t let me get closer than about fifty yards, so it was obvious that the dog was hungry and scared,” said Deputy Dan Wignall of the Polk Country Sheriff’s office.

Shannon Graves, Aylah’s owner, was thrilled to get the call from Polk County Animal Control and immediately went to pick her up.  She was able to approach Aylah who was probably very relieved to see a familiar face.  The puppy was a gift for Graves 10-year old twins in June and Christmas would have been very sad without the smiling pup playing under the tree.

Aylah is being taken to the veterinarian to get checked out, but seems to be in good shape considering she has spent the last week alone outside.