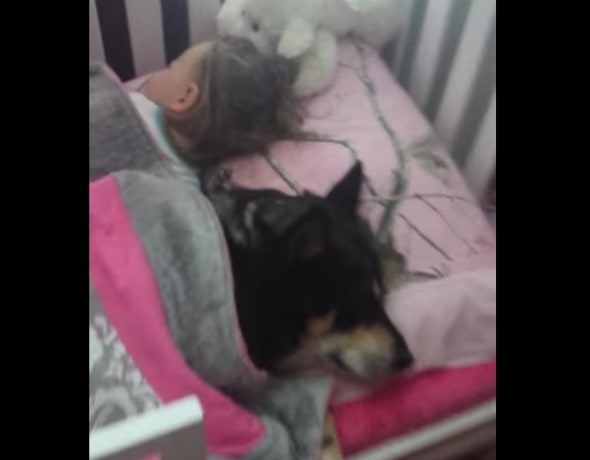 Kristin Leigh Rhynehart of Princeton, North Carolina got some video of the family dog, Raven, doing something completely adorable.  While her daughter was having a nap, Kristin was trying to figure out where Raven had gotten off to.  When Kristen went back into her daughter’s room, there was Raven, tucked in under the covers and snoozing away next to his favorite human.

Kristin posted the video on her Facebook page back on July 10th.  Since then there has been over 9 million views of the video.  One could say that the naptime buddies have become quite famous.

Along with the video, Kristin had this to say about Raven:

“People that say ‘money can’t buy happiness’ have never paid an adoption fee.  Ten years ago, I left a rescue with this little guy and I often wonder, who rescued who?  I gave him a home, but he has given me so, so much more.”