We adopted Jazzibel from the Chittenden Humane Society.  She was actually born at the Humane Society as part of an ‘adopt a mom’ program.  She has always had a very calm and warming disposition and loves people, children and dogs!

A year ago, she received cranial cruciate surgery on both of her back legs.  Two weeks ago, she had to have surgery to remove the implant on her back right leg.  As if things couldn’t get any worse… she had to go back in last week to have a drain put in because her leg was collecting fluid.  It has been a long road to recovery, but we’re hoping she will be running and playing with her friends in the fall! 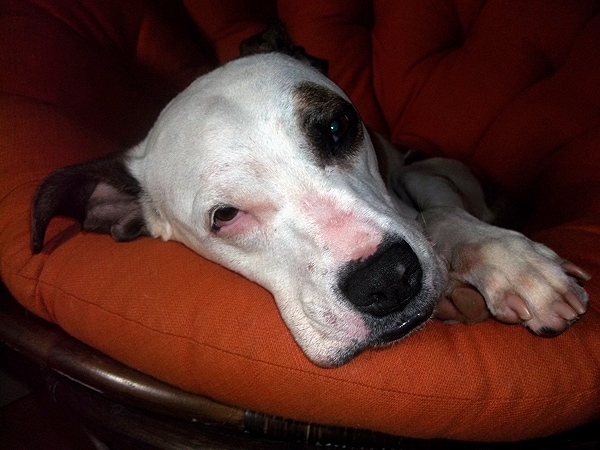 Pinky was scheduled to be euthanized, but I stayed up all night and drove 3 hours to arrive at the shelter when they opened so I could save her. I have only had her for 3 weeks an am completely in love with her. I saw her beautiful face on Facebook and just had to have her. 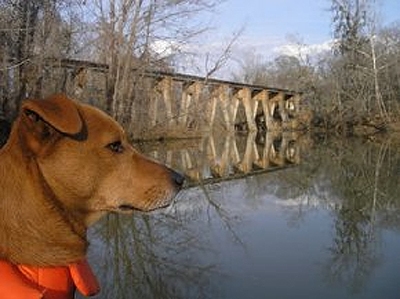 Although this picture may look photoshopped, my wife took it on the spur of the moment.  It shows Taylor, an intrepid sailor.  We found him living in the parking lot of a little country store, where he had been abandoned and where he had been sleeping for a month between two railroad ties. The owners of the store urged us to take him, we did, and he is one of the best things to have happened to our lives.  He is just about the friendliest dog on the planet.[divider]

Have a great rescue story to share? Nothing makes us happier! Upload your dog’s picture here and we’ll share the most interesting submissions.