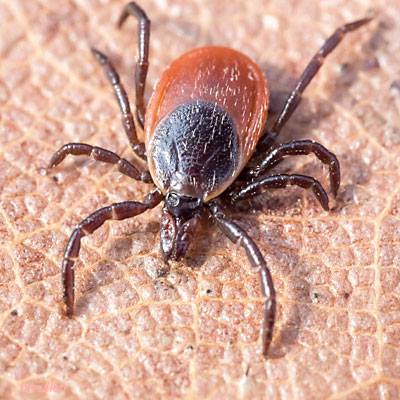 Dr. Thomas Mather, aka “the Tick Guy,” has given us a very informative interview regarding the importance of protecting your dog even in the fall and winter. Dr. Mather is very passionate about his work with ticks and about educating the public about ticks. As the Director of the TickEncounter Resource Center (TERC) at the University of Rhode Island, he has funneled this passion into the center by getting the public more involved in current research and tick education.

Many people assume that ticks are not a significant threat in the fall and winter and so they cease monthly treatments for their pets. Dr. Mather debunks this myth and explains why protecting pets year-round is so crucial.

So, many people associate ticks with summer and with Deer Ticks. Is this incorrect or is there a danger year round? Do other tick species spread disease in the same way that Deer Ticks do?

“Blacklegged Ticks and Deer Ticks are actually the same tick. In the east it’s known as a Deer Tick…but the Western Blacklegged Tick is cousin of the Eastern Blacklegged or Deer Tick. On the East Coast, when winter comes in and things slow down, this is exactly when things heat up for the West Coast…In December and January, California folks need to watch out…Once there is snow and freezing it slows them down on the East Coast though they are still a risk, especially on the warmer winter days…Also, on the East Coast, things are about to heat up with the adult ticks, especially as we get into October and November…”

What is their lifespan?

“Blacklegged Ticks take a couple of years so two wintering times…If you follow one female and she lays 1500 or so eggs, you will see that the adult ticks were out between October and May, leading to the eggs, so they are clearly still out in the winter…

It always amazes me that these simple little creatures have figured out so much….They are on plants about a foot high…”

What is the purpose for that?

“Well, think about what the tick really wants to do. Take a blood meal and to mate. In the black legged tick, the preferred host is a white tail deer…They wait right where the biggest part of the body of the deer will walk by…If they waited lower, only the sticks of legs walking by would be a possibility and if they waited any higher they couldn’t see adequately….So, the ones that wait about a foot high reproduce.

When you understand that, you can throw out the notion that the ticks fall out of the trees on you and if you know that then you know the best strategies for protection-Think from the ground up….and a dog is just the right height…

Is Lyme disease actually increasing and why?

“When I was growing up, the ticks that everyone worried about were American Dog Ticks…Unless you lived in the Southern part of the US, where Rocky Mountain Spotted Fever was prominent, no one really got sick…That is until about 20 years ago when the Blacklegged Tick began to increase with the deer population and continues to increase its population due to reforestation. So people’s encounters with ticks are just increasing.

So, going back to the life cycle question, as it’s relevant to this, those adult ticks from October and November come out and hang around until they lay eggs in the spring. Those ticks don’t really hatch until around July…They take another month to figure out they’re hungry and so in about August they try to find a host…They tend to get on rodents more frequently at this stage and rodents carry more of these infections. So, we think about these diseases and it’s really a spill-over from ticks and mice and ticks and mice…It’s a spill-over from wildlife into people and pets.

The larvae then, after feeding on an infected mouse, would go through the winter and emerge in the spring as a nymph and if they fed on an infected animal they will be infected…About a quarter of the nymphs are infected…The nymphs usually then feed on rodents too….From late May until July, they are nymphs, and then those become the adult stage ticks that are about to come out in October.

People think the tick calendar starts in January…They also think it’s because of global warming they are living into the fall but they always have if you understand the life cycle. We just see them more now, as the deer population has increased…”

Is this the case with both the Western and Eastern Blacklegged Tick and for the various regions of the US?

“The interesting thing with the west is, because in the summer it’s so dry, it’s more of a wet-dry thing than cold-hot…so in their winter, when things are wetter, things are better for ticks…both the nymphs and adults start their cycle when the environmental conditions are good for them…They are active until about June and peak late December, January and into March…

In the Southeast, the cycle is similar to Rhode Island but is skewed a bit earlier…but there it gets complicated because the southern blacklegged ticks look the same but behave differently…People likely encounter adult ticks but the immatures don’t get on people in the same way as in the north. They stay a little bit more concealed and the animals they tend to get on are often lizards. Also mice, but mostly lizards…It turns out those animals don’t carry as many infections. If you were to take blacklegged ticks from the south and blacklegged ticks from the north and compare pathogen rates, it’s very different…less Lyme disease in the south.”

But in the south there is more Rocky Mountain Spotted Fever right?

Can you use the same preventative measures in the winter? You said in your email that activities may even need to be intensified! Why is that?

This is a more general tick question but I know that some readers would be curious about less harsh preventative measures than some of the standard products on the market?

“Many people try all kinds of things in place of the real preventative measures…Many make claims but when you try some of them, they just aren’t so rigorous…We have tested the standard-a synthetic chemical-and some of the natural products…Some of the natural products didn’t work at all and some only partially…So, in the end, would you like to use a product that is only half as effective?

There was one lady who came to us with a Brown Dog Tick infestation. She had brought a dog from Florida north and five months later it had infested her home with Brown Dog Ticks…So we went over to look at her house and her dog…While I was there she was spraying stuff and said she had an appointment to have the dog dipped in tea tree oil…This has not been shown to do the job and she would just be returning the dog to the infestation in the house…I asked her what she would do when brought the dog back. Basically, she spent $65 for no good reason…”

Do you have any additional tips for readers or particular things you would like to stress?

“If you find you live where Blacklegged Ticks do, it would be wise to extend treatments to every month of the year…Some newer products are great for this. I just came across Seresto by Bayer, which is a collar that gives 8 months of coverage so you don’t have to remember month to month…I’m very hopeful for this product because it gives 8 months of activity in place of monthly treatments and doesn’t have the oily stuff that people don’t like…People we have that have used it really feel that It’s a nice product….

Also, many people don’t think they are personally at risk when walking the dog. While the dog may be more at risk, it’s not a bad idea to think that if you’re putting repellant on your dog, it’s probably not a bad idea to turn your clothes into tick repellant clothes. You can put permethrin into your clothes too…If you don’t know how, there is a company that will treat your clothes for you. You can just do this to the clothes that you will be out in. If you do it yourself, it doesn’t last as long and you have to remember to do it again. It’s pretty inexpensive to get them treated though-a little over $8 per item…

My main tips, though, are to vaccinate against Lyme disease, remember your monthly treatments-especially in areas where Blacklegged Ticks are- inspect your dog and groom them. And when you see a tick, don’t burn it off but remove it with pointy tweezers.”

The TickEncounter Resource Center (TERC) at the University of Rhode Island promotes tick-bite protection and tick-borne disease prevention by engaging, educating and empowering people to take action. It is the outreach arm of a multi-pronged approach to solving the tick problem locally, nationally and around the globe. 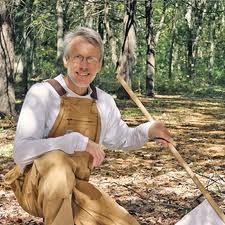 Dr. Thomas N. Mather (A.K.A. “the Tick Guy”) is the TickEncounter Resource Center’s Director and researches tick ecology, area-wide tick control strategies, tick-bite protection, and tick-borne disease prevention. His research and outreach programs are diverse, including anti-tick vaccine discovery projects, evaluations of targeted tick control strategies, tick-borne disease risk prediction, as well as development of tick-bite protection decision support tools and social networking strategies for tick-borne disease prevention. His work has received local, national, and even international recognition and has attracted more than $13 million from a wide variety of sources, including the National Centers for Disease Control, the US Department of Agriculture, the National Science Foundation, the Environmental Protection Agency, the US Agency for International Development, and the National Institutes of Health.

0 thoughts on “Relief from Ticks in the Fall and Winter? Not so, says the Tick Guy!”