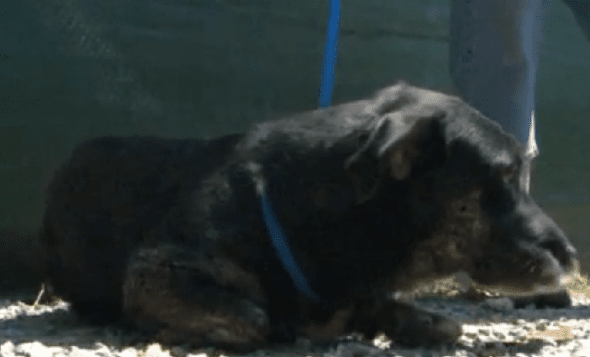 Three years ago 15 abandoned dogs were rescued by Second Chance Shelter. After all that time one of the dogs is still looking for her second chance at a home.

Doug McGee and his wife own and operate Second Chance Shelter, an Alabama based rescue which saves dogs from being euthanized at other shelters. Three years ago they were faced with a different kind of rescue.

“In Albertville there’s a section of Albertville called Lazy Creek Road and a lady called up and said she had gone down and said there were a lot of dogs that had been abandoned, chained up, some of them in pens, just in pitiful shape, starving to death,” said McGee.

McGee went down to check out the situation and found seven starving dogs. Some so emaciated they couldn’t even stand up.

“The people just moved and left them, no regard for the animals, just left them where they were,” said McGee.

McGee took all seven back to the shelter and nursed them back to health. He soon more than doubled the amount of rescued dogs when one of them gave birth to 8 puppies. Since that rescue three years ago all seven of the abandoned dogs and seven of the eight puppies have found loving homes. The only one left is Tipper, who for three years has been waiting for a family.

“She’s grown up here, she was born here, she’s been raised. Of course 21 is what she’ll be in human years, so she’s ready, she’s ready to find her forever home,” said McGee.