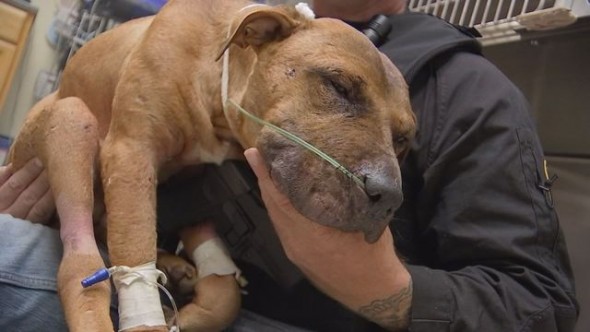 In Chester, Pennsylvania a rescued dog is fighting for his life, but has that chance at something better thanks to the heroic human that noticed him left for dead on a roadside.

It’s suspected that the dog was used for fighting.  When the dog was no longer “of use” to the people torturing him, they dumped him on the side of the road for dead.  Someone noticed him lying there, and called Russ Harper. 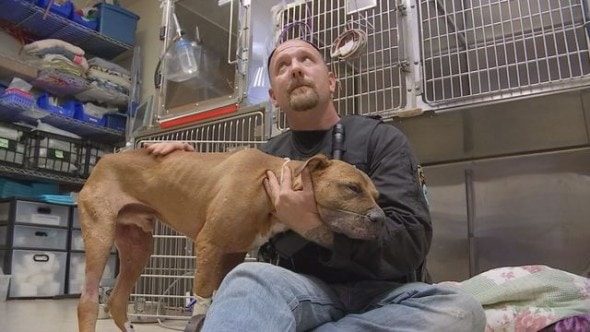 “He was lying over there in the weeds where someone found him and he was just cold and lifeless.  I really thought when I picked him up he was dead,” said Harper.

When Harper found out the dog wasn’t dead, he knew there were only seconds to spare.  He rushed the dog to Keystone Emergency Animal Hospital, where he is staying for the time being. 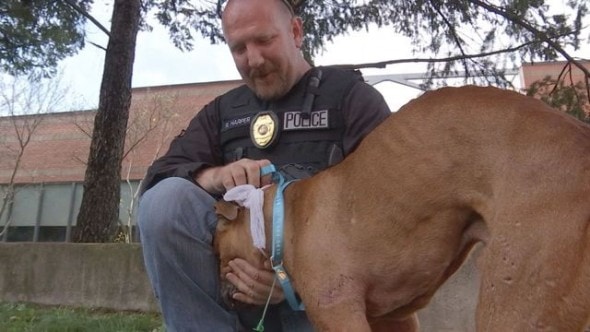 “Pretty severe bite injuries and his body was very weak and on top of that a severe infection from all the multiple bite wounds he has gotten,” said Keystone Emergency Veterinarian Dr. Leanne Thompson.

Doctor Thompson said that there is no doubt that Remi, as he’s now known, was a fighting dog.  Harper refuses to give up on Remi, stating that as long as he is showing any signs of improvement, he will fight for that dog to the bitter end. 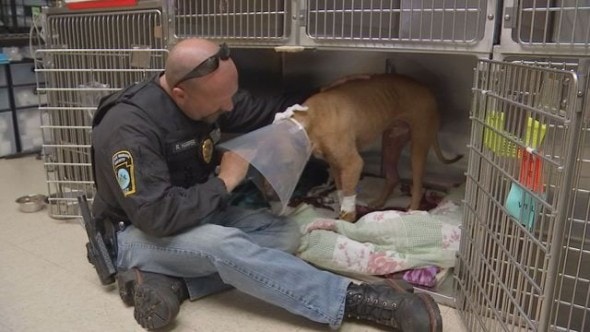 “As long as he keeps showing he’s getting better and not in pain we gonna continue to fight with him,” said Harper.

Harper got a chance to see Remi recently, and Remi’s reaction is one of nothing less that abject gratitude.  The video below says it all.