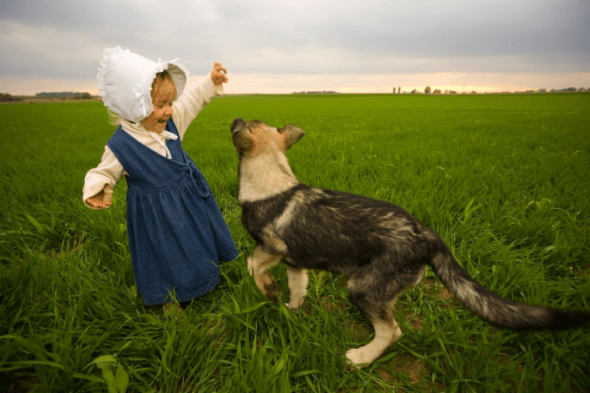 Raleigh, North Carolina — Couples expecting babies may want to consider adding one more thing to that long list of must-haves before the babies arrive – a dog. It has been well-known for some time that children living in homes with one or more dogs are much less likely to have allergies. New research published in Plos One journal provides the answer to why that is true.

According to Dr. Rob Dunn of North Carolina State University and team members at the University of Colorado the answer lies in the fact that households with dogs have higher microbial loads than households without dogs.  It is these bacteria that seem to give babies the gift of an allergy-free life.

Dunn and his team were actually studying the variables influencing microbial ecosystems in homes. In other words, what makes a home have higher numbers of bacteria? They asked 40 families to swab down nine areas of their homes.. The largest variable is whether or not the home has a dog. In fact, homes with dogs are 700 times more likely to have bacteria normally found in soil than homes without dogs. Dunn has noted that the team can tell whether or not a home has a dog by looking at the dust found on the home’s linens or television screens. They found 7,726 phylotypes or kinds of bacteria. Each of the areas in the home they sampled had its own unique group of bacteria.

In this case, having bacteria around the home is a good thing. While there is no known “smoking gun” of a direct causal link between a dog presence and the absence of allergies, it has been suggested that the mother’s exposure to a broader variety of microbes is the difference between a child having or not having allergies later in life. The problem was that there was little documentation of microbial populations. The study’s authors are careful to note that their work does not demonstrate a direct causal link but it does give more evidence on the part the bacteria play.