Since 2006, an unassuming Connecticut man has been saving throngs of dogs from kill shelters, and after providing a second chance for more than 1,000 of them, retired Marine Bob Yost has been named a 2012 Red Cross Hero for his selfless dedication to animal rescue.

It’s well earned recognition when you consider that Yost has spent the past six years making the world a much better place for dogs. The humble advocate has earned a reputation among rescuers in his community as the first to raise a hand when help is needed. Transporting dogs to waiting homes, he often departs his Bethel home at 5 a.m. to make long hauls, pulling dogs from mid-Atlantic shelters and whisking them away to waiting homes in New England. 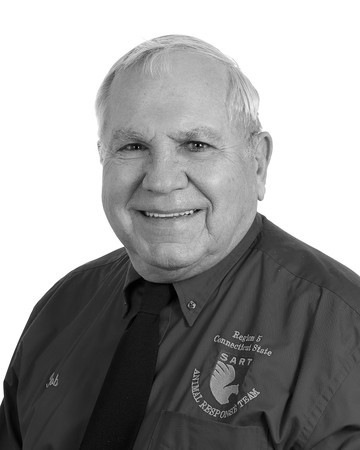 Those consistent, compassionate efforts have not gone unnoticed. Yost has been named a 2012 American Red Cross Hero. “He was one of many nominated by the community,” said Red Cross spokesperson Paul Shipman. “We received recommendations for people who had all done a heroic deed. But then there are people who do things day in day out, who are constantly and quietly contributing to a good cause. That’s what Bob was doing.”

Local media outlets have also made recent mention of Yost’s accomplishments. According to the Bethel Patch,

The dogs Bob saved were at death’s door. Most of them came from the south or mid-west. Veronica Bickelhaupt, Shelter and clinic manager at DAWS, said, “The dogs might be used for hunting and if the dog gets pregnant, they leave the puppies by the side of the road.”

Dunne has worked with Yost for more than six years. Describing him as dedicated and dependable, she said that Yost has done the major portion of out of state driving. “He is always the first one to step up. He does it because he wants to; he thoroughly enjoys it. It is selfless volunteering.” With a grin, she said, “He always takes his own dog, his co-pilot, Dutch with him.”

Yost said that being a Marine prepared him for this kind work, and the way he sees it,  “It goes back to animals being part of household, not only companions. If you bring them into your home, you have a responsibility to care for them. Once I didn’t go to work everyday, I wanted to contribute to things that had meaning for me, and DAWS certainly fulfilled that,” he said.

A Red Cross Heroes Breakfast honoring Bob and other category award winners will take place on March 8 from 7:30 a.m. to 9:00 a.m. at the Amber Room Colonnade in Danbury Connecticut. Tickets are available from the American Red Cross of Western Connecticut. Contact Nicole Arsenault at (203) 702-1282 or email [email protected]