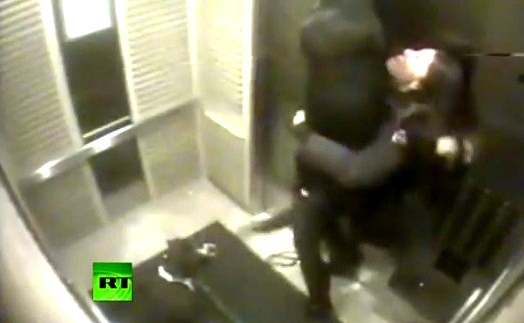 A Toronto dog owner had to think fast when her Rottweiler’s leash got stuck in the elevator doors, causing him to be pulled up by his neck.  Tamara Seibert broke two fingers in the process, but managed to free her choking dog from his collar.

“I can’t believe it’s been almost a month since I went through one of the most traumatic experiences of my life,” she said on her Facebook page.  “I thought I was about to lose the love of my life (my puppy) and seriously mangled my hand in the process. I am posting this because thank god my dog survived, but I want to warn people how fast something so simple can go horribly wrong. I never want anyone else to ever go through this. You can’t see my face but I’ve never been so hysterical in my life.” 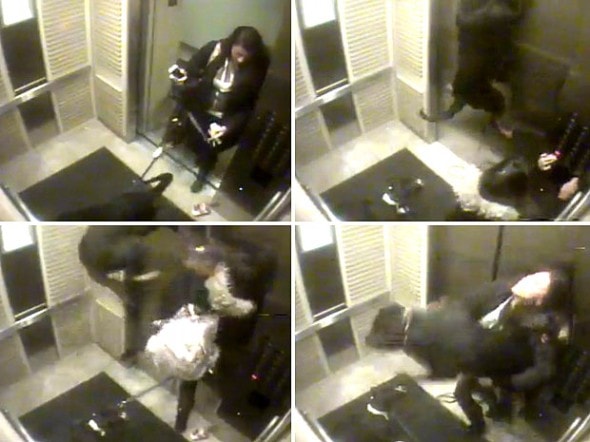 Seibert entered the elevator on the 11th floor of her Toronto condo with her Rottweiler Vado and a pit bull she was watching for a friend.  As the doors closed, Vado’s leash became trapped, yanking him up to the ceiling as the lift descended to the parking garage.

Horrified, the woman tried to save her 110-pound dog from being choked to death.  She hit the emergency buttons, then went back to trying to free him.  The leash finally snapped, but Seibert broke two fingers before Vado plummeted back to the floor. 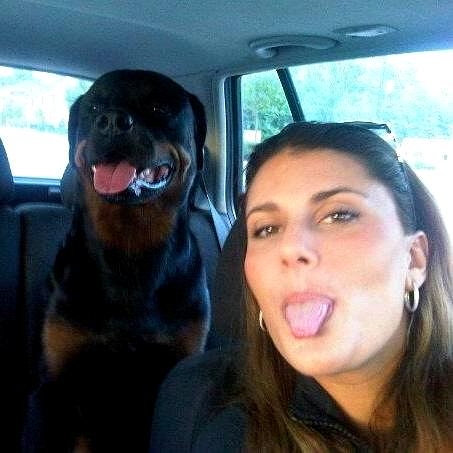 Seibert recently took to her page again to comment on the publicity she has received since the story went viral:

“First off I would like to thank everyone for their support and well wishes, Vado and I really appreciate it. I also appreciate everyone spreading the word on how fast this can happen. For all of those of you who think this was reckless on my part, I’m not saying I didn’t make a mistake, I did! One which I seriously regret. But just to put things in perspective I’ve lived in my building for almost 5 years, so my dog and I have taken the elevators approx. 4,000 times.  It’s so routine, you don’t think that anything could possibly ever go so wrong. The sad thing is this is way more common than I ever thought! …I’m so glad this has spread all over the world. After hearing countless stories this one definitely shook me:  I was informed by a lady in Calfornia, Toni List Ricker, that a couple years ago a 7-year-old girl’s dress was caught in an elevator similar to Vado’s situation. Unfortunately this little girl’s fate was not the same as Vado’s. She was their oldest child and a classmate of Toni’s daughter. It shook the community. I wanted to share this so for all of you that still aren’t grasping how dangerous this is, it could be a collar, a scarf or a dress. My thoughts and prayers are with this little girl’s family and I am so grateful for the angel that was looking over us.”