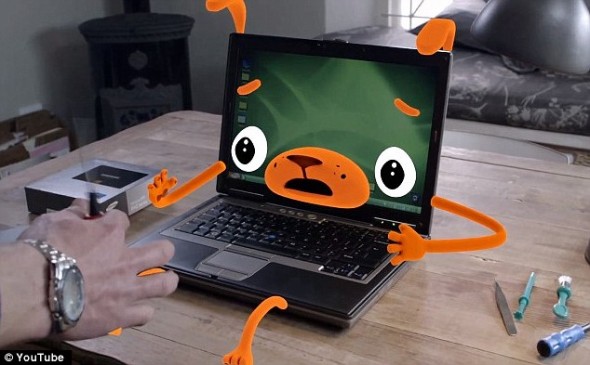 A viral video likening computers to dogs being abused by their annoyed owners has been yanked by Samsung after many viewers said they felt “emotionally disturbed” after seeing it.  The video was taken down within hours of it being posted on Monday.

The video was created to advertise how Samsung’s new storage drive can help speed up bogged-down computers, which tends to annoy many users.  It showed laptops with colorful, cartoon puppy faces, ears and legs being “abused” by their owners.

Scenes show people hitting the screens, using a stiletto to smash it, launching an arrow at it, and one person throwing a puppy computer off a cliff.  The “puppies” look terrified as they are tortured.  Then, one owner decides to install the new storage drive instead of taking their computer to a landfill.  The video concludes with a happy dog-puter and human on good terms because of the improved speed. 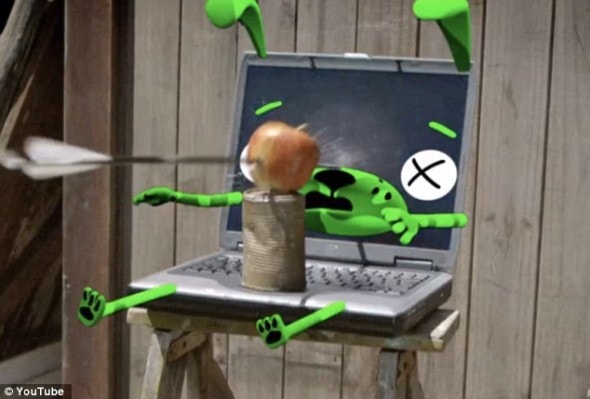 Viewers could not put the disturbing depiction behind them, and gave the YouTube ad many dislikes.  PETA also did not find this video appealing, despite its apparent happy ending.

“Samsung made the right call by pulling this offensive ad because, as the public outcry over it shows, it’s no joke even to pretend to beat and shoot puppies – even cartoon puppies,” PETA stated.  “PETA is counting on Samsung to keep its advertisements animal-friendly.”