Having rescued over 2,000 older dogs, it may seem that things have always been easy for Muttville Senior Dog Rescue, a no-kill rescue in San Francisco, California. However, like so many other rescue organizations, it was only through perseverance and a passion to help an often forgotten canine population that kept Sherri Franklin going and led to Muttville’s success. 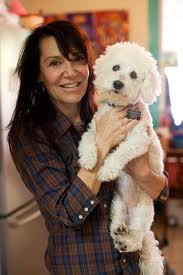 Senior dogs are at a huge disadvantage in finding a new forever home when in a normal shelter environment. Often, they arrive following an elderly owner’s death or when an older owner can no longer care for them, confused and traumatized from the change in environment. Then, to make matters worse, every person who comes searching for a new addition passes over them, causing them to slowly lose hope. And this is if they are not just immediately euthanized.

After volunteering in such an environment, Sherri Franklin, the founder and director of Muttville, knew that she had to do something for these older dogs:

“I volunteered at a couple of animal shelters and became really involved with dogs and dog behavior. I began to really notice that the older dogs would come in and each person would just walk by and they would get excited but then they would begin to sink into a place of no hope…So, I started taking dogs home and cleaning them up and finding them homes one at a time…It took a long time because I knew it was more than I could handle but there were so many great people that have come to help.”

And so Muttville officially began as a small rescue operation in Sherri’s home. During the first year, 20 dogs were rescued. This year Muttville will have rescued around 500 for the year. So, they have come a long way!

One recent dog, a little Chihuahua mix named Freckles, arrived after a Rural Area Vets (RAV) group found her near a reservation. According to 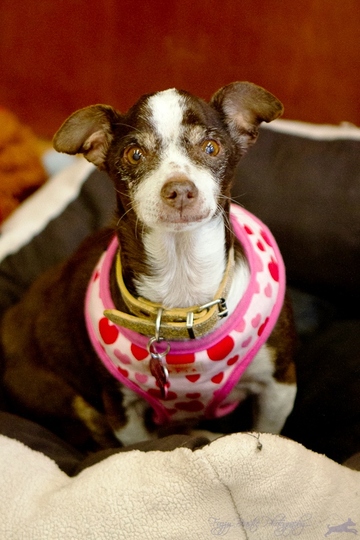 Sherri, no one really knew where Freckles came from and technically the RAV groups are not supposed to pick up dogs. However, Freckles won them over!  She actually found a home soon after but then the owner was put in a nursing home, dashing Freckle’s newfound hopes of a home. She is an extremely affectionate girl who loves children and is now searching for a perfect forever home while being fostered by Sherri, herself.

Muttville has a lot to celebrate by the end of this year and hopefully Freckles will too!