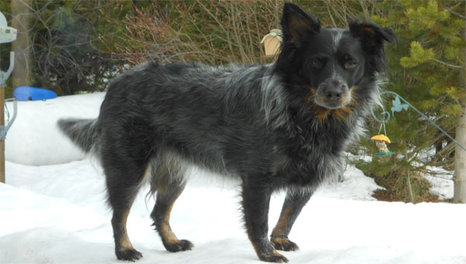 After missing for five months a service dog is back home with her very relieved family.

Lakota disappeared from Ken and Barb Toczek’s home on October 9th of last year. Ken is a disabled diabetic and relies on Lakota.

“We don’t know who took her,” said Barb.

The couple hired an International K-9 search unit to try to track Lakota down, but it was the use of Craigslist that eventually brought her home.

Lakota had ended up in Bellingham, Washington shortly after disappearing. She did not have her collar and was not chipped so she was placed in a foster home. She was eventually adopted out, but last Thursday her new owner gave her up because she wasn’t getting along well with his girlfriend’s children.

The Whatcom Humane Society found Lakota’s picture on Craigslist and then used a pet locator phone app to track down the Toczeks.

The couple couldn’t believe it when they got the phone call from Whatcom Humane Society informing them Lakota had been found.

“We drove up right away and picked her up,” said Barb. “She’s home and we’re very happy, we’re just ecstatic.”