On March 21, 2015, Dan Clark and his three-year-old Burnese Mountain dog, Nico, were enjoying the afternoon at Ventura County Beach in California, when the house pet rescued from a local shelter and with no former experience as a rescue service dog, jumped into action and saved two swimmers caught in a rip-tide.

Clark says his dog heard distant cries for help and he jumped into the water to swim out to the people in need. The swimmers had unfortunately got caught in a rip-tide pulling them farther into the ocean. With no one around to rescue the swimmers, Nico somehow knew just what to do.

Once the dog reached the swimmers, they held on to the pet’s neck. The heroic dog swam back to shore, saving the swimmers. 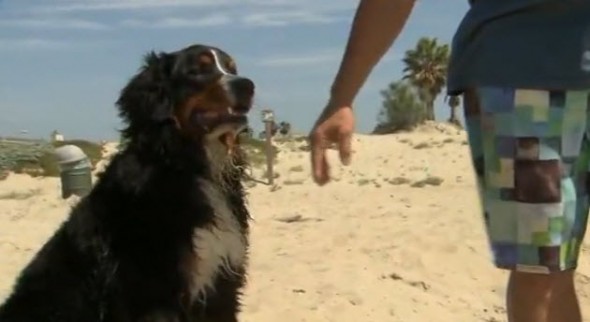 Clark said he had never seen his dog do anything like it and was glad he and his dog were on the beach at the right time.

The swimmers were grateful Nico heard them and came to their aid.